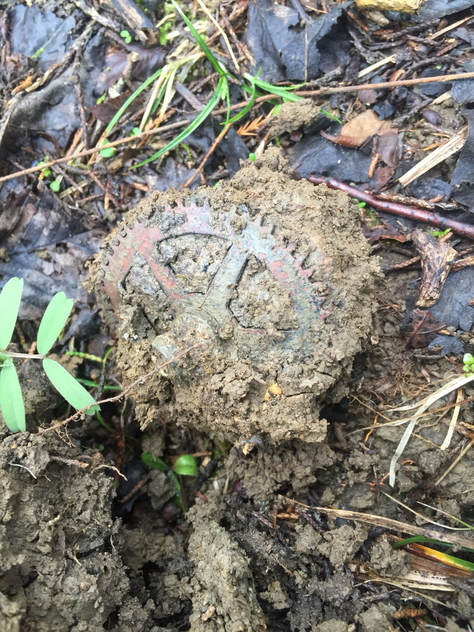 * Today we’ll look at the elemental status of Capricorn.

* Capricorn is a feminine/yin earth sign. The history of elemental theory in astrology is complicated by the fact that the four elements were used differently by different ancient philosophical schools of thought over time.

* As a result, we have inherited and sometimes unconsciously assimilated a variety of contradictory ideas about the elements. For example, sometimes we think of the four elements as literal energetic influences, creating and causing changes on a subtle level, behind or within the physical appearances of this world, like the physical elements of chemistry. Other times we think of the elements as archetypal and psychological, or symbolic, rather than literal. We use the elemental image of water as a signifier for a variety of subtler psychological or environmental qualities, but we aren’t thinking of the elements in terms of causal, scientific explanations (e.g. this is how everything works, its the primal elements of fire and air interacting with earth and water to create this event).

* The element of earth can be understood in a variety of ways. Earth is practical, solid, formal, grounding, and functional. Earth is sometimes referred to as “cold and dry,” and the element has been associated with the melancholic temperament.

* It was associated with heaviness, matter and the densest aspects of material life, especially birth and death. Earth is associated similarly with the four seasons, with agriculture, harvest, crops, fields, farmers, Demeter and Persephone, Ceres, as well as Hades and the autumn.

* In Greek humoral medicine black bile was associated with the element of earth.

* The symptoms of melancholia were characterized by Hippocrates as, “fears and despondencies if they last a long time.”

* Melancholia was also thought to be related to the planet Saturn.

* Monotony, gloom, despair, and fashionable darkness all may define melancholy.

* Earth was thought to be the most feminine of the elements, and Capricorn is also considered a feminine sign. It may be wiser to think of the word “feminine” here in an archetypal sense, closer to the idea of “yin,” or as something that isn’t literally connected to a person’s sex.

* Earth is related to the body, the bones, the structure, form, or vehicle of the spirit. It is related to sensuality, the five senses, and the ground or support systems inherent in all things in the material realm.

* Earth is related to the heaviness or limitations of the physical world as well as the inherent passivity or receptivity of matter to the will or direction of spirit or consciousness. Earth is the midwife and the womb, the gentle, nourishing hold and the mother.

* Earth is also the dark mother who holds and grips and possess and will not let go. The desire body, the enmeshment of the mundane, and the curse of the literal, physical, and material.

* The last time that Saturn was in an earth sign was roughly September of 2007 to October of 2009 (Virgo). For example, during that time I was living alone in rural Georgia and was struggling with some depression. I was introduced to yoga and began practicing regularly, began studying health and nutrition and became a vegan, and was eventually managing the disability income of adult schizophrenics at a residence in Manhattan. It was an incredibly earthy time for me, especially filled with a deepening knowledge of the relationship between my physical body and its health and my psychological health.

* Practically it was also a time of the entire structure of my life transforming as I moved from life as a graduate student to living in the concrete jungle and practical living struggles of New York City.

* If you look back at the same time you may notice a general theme of earthiness predominating, remembering that Saturn tends to define our experiences of time. Saturn’s changes reflect changes in our experience of time, how we labor with time, or what “kind” of time we’re dealing with.

And remember, we’re coming out of a much more fiery time period, as Saturn has been in Sagittarius from December of 2014 to the present.

* So when we put the cardinality or “tropical” nature of Capricorn (which I discussed yesterday) along with the earthy/yin qualities of Capricorn what should we expect?

* Structural, distinct, pivotal but practical changes
* A turning point with an emphasis on the body
* A turning point with an emphasis on the environment or earth
* Pivotal hanges to existing structures
* A distinct and earthy change of psychological manner, character, or “way”
* An emphasis on laws: natural, social, and cosmic
* A change toward a more dense, solid, grounded, or possibly unconscious state
* The importance of our relationship to the body, the earth, the feminine…restoring right relations
* Explorations of limits or boundaries, the need for them or the need to change them, and dynamism or initiation related to limits and boundaries
* The practical responsibilities of life and the initiation of a period of new responsibilities
Tomorrow we’ll look at the rulership of Saturn and the fact that Saturn is returning to its home sign.

**Things have slowed down a bit the past few days with my annual fundraiser. Help me pick up the pace today if you’re able. Click here. The funds we raise go toward the continued development of an entire community and a variety of budget-friendly or donation-based offerings! Thank you!**
​
Prayer: Remind us of the sacredness of mother earth. Help us to restore right-relationship to the earth.