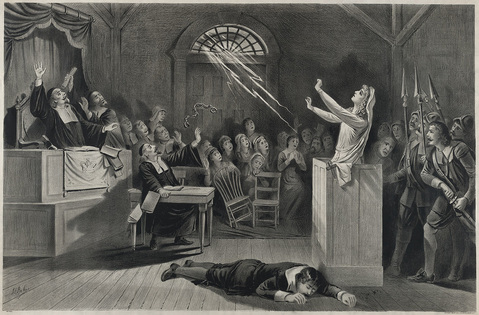 Today, a simple astrological reflection on the Saturn/Neptune dynamic that is very active and dynamic right now (and for the past several months)…

Things to think about:

* The last time this Saturn/Neptune square was around the Salem Witch Trials were taking place
​
* The religious, racial, and gender oriented persecutions of the past several months reflect the “witch hunt” theme

* On the other hand, basic realities are able to be witnessed and no longer suppressed due to the fact that they can be witnessed by massive amounts of people almost instantly, or in some cases “live.”

* The lines between truth and fiction, reality and sensationalizing, are also happening globally as millions of people are literally walking around their streets, parks, and neighborhoods catching virtual pokemon creatures…to the extent that some people have been injured!!

* Uncompromising, idealized, political, religious, or cultural fundamentalism is on the news every day, often in the form of acts of terror, but also in news feeds being overrun by self righteous rhetoric 24/7.

* The difference between news, journalism, and propaganda is more blurry than ever

* The difference between a “leak” and “espionage,” between positive disclosure and manipulation of the masses, is potentially indistinguishable

* The oversimplification and reduction of people and complex issues to one liners, hashtags, and memes….but on the other hand the power and effectiveness of memes, hashtags and one liners to capture an ignored or repressed reality…
With this Saturn/Neptune square, we have to stay so conscious of that simple phrase, “the witch hunt,” and all the subtleties that go with it.
​
Prayer: Remind us to judge not, lest we be judged. Remind us to remove the planks from our own eyes before we rail against the splinters in other’s.