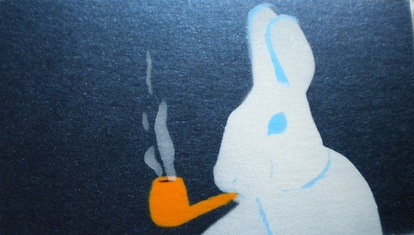 The Moon is in Libra today, making a sextile to Saturn and then moving into the Uranus/Pluto square. Meanwhile Saturn has stationed and will turn retrograde by Saturday.

Every time the Moon passes through a cardinal sign and activates the Uranus/Pluto square I notice similar things happening. Often there is the feeling of getting overwhelmed by something, dark thoughts, a particularly chaotic day that seems chok full of deeper meaning or symbolism, synchronicities, freudian slips that hang in the air like mysterious jewels, or shocking news or information coming to light. I almost always forget that it’s a Uranus/Pluto day, but when I finally remember I usually relax and recognize that something special has happened.

I sometimes joke with my students that the outer planets are like taking mushrooms, and there are a few things you generally want to avoid while in the midst of any strong plant medicine “journey.” First, avoid mirrors. Second, don’t try too hard to figure out the true nature of the plant while you’re communing with the plant, like one of those annoying dates where two people try to know everything there is to know about one another, talking all night about themselves rather than doing something together and letting character emerge on its own. These ideas in my experience also apply to the outer planets. Having just finished a several year long Pluto/Moon conjunction I feel like I learned the same lessons. Don’t look into the mirror with the outer planets, or at least don’t stare into an outer planetary mirror for too long. In other words, be careful of thinking too much about yourself while under the invisible rays of an outer planet. These planets are naturally disruptive to the ego and can also greatly amplify the most destructive fantasies of the ego. They seem to do their best work for us when we live through the experiences and let the total process act as a medicine. And secondly, don’t try to figure out the nature of the outer planets while anticipating or during the midst of an outer planetary experience. To me it’s a mistake to try and neatly summarize the archetypal or mythic meaning of these distant planets, as I think part of what makes them special is their invisibility and their obscurity. Maybe the best way to get to know the outer planets is to live through their experiences, over and over, and slowly learn to put words around them that act in the same way the actual process of the planetary transit acts. So talking about Pluto or Uranus is less about the catch phrases and definitions and well known myths and more about the invisible interruption to a set of assumptions or a subversive gesture or a powerful but subtle revealing of something that’s been hidden from plain view. The outer planets seem to show themselves most clearly when they obfuscate one thing while simultaneously revealing something else. They don’t over announce themselves, and while many modern astrologers love to compare the outer planets in the positive to Saturn in the negative, as though their function is better or adds more intelligence to the astrological model (beyond Saturn = better), it’s my feeling that too much talk about the outer planets in this way is ironically Saturnine and actually misses the kind of imaginative sophistication these planets bring to astrology.

At any rate, so put that into your your pipe and smoke it!

Prayer: Help us to feel and see the invisible, like wind across the water. Help us to learn its language rather than force our own words around it.