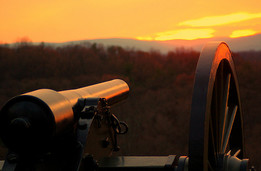 The Moon is void of course today in Leo, nearing the Full Moon, meanwhile Venus is conjoining Uranus in Aries and squaring Pluto in Capricorn, while Mars simultaneously prepares to cross the south node in Aries.

What to watch for alongside media images:

* A love shadow from the past haunts
* CNN headline: “Lewinsky shadows over Clinton Portrait”

* Sudden heart attacks, attacks of the heart, the heavy heart, heart and soul
* A new report links a variety of surprising physical symptoms to heart disease

* Discoveries related to the divine or archetypal feminine
* Nasa space craft begins its arrival to investigate the asteroid/dwarf planet
Ceres, goddess of fertility, crops, and agriculture. Scientists are debating whether “dwarf planets” should simply be called planets, since the only real difference is size.

The images in the sky are always reflected on both personal and collective levels at once. Perhaps of all the above images, the most interesting one for astrologers right now is the discussions being had by scientists about the classification of “dwarf planets” or asteroids, as well as the strange lights observed on the planet Ceres (that’s right I called it a planet!). Astrologers have known for several centuries that these qualifications have very little to do with whether or not a heavenly body reflects an archetypal landscape, and yet whenever the scientific or larger collective begins to shift its understanding of the solar system it can’t help but effect our practice as astrologers. More on this and more on Ceres tomorrow!

A larger question for today might be, to what extent is something from the past,
a past life, a past pattern, a past person or situation, coming back for review, revision, or resolution? The pattern might be more psychological than external, or it might be ancestral or even deeply unconscious. But if we stop and really feel into whatever is pressing most intensely, most heatedly, most selfishly, we will likely discover that what we’re focused on right now has a pronounced history within us. Do we make enough room for the dead? Are the seals to the underworld too tightly locked? The degree to which we repress is usually the degree to which the doors are later kicked open…or as Carl Jung once wrote..”[the unconscious] reflects the face we turn toward it.”
What face are we seeing reflected in the past, in the unconscious, from the land of the dead, and what does it have us most urgent about or most afraid of?

Consider the idea that we can’t go this alone, much as the heroic drive of individualism or conquest might be appealing, negotiation with the angry dead, with the warring past, is part of what needs to happen right now.

Image as Prayer of the Day: a man walking through an old battlefield, listening to the ghosts of the dead, hearing them, negotiating a plan, then moving past carefully…

Image by courtesy of Jen, at creative commons image licensing

I’m Adam Elenbaas, an astrologer, author, and yoga instructor. By blending ancient and modern approaches to astrology, alongside a committed spiritual practice, I help people like you deepen their understanding of life, self, divinity, and destiny within the context of everyday life.