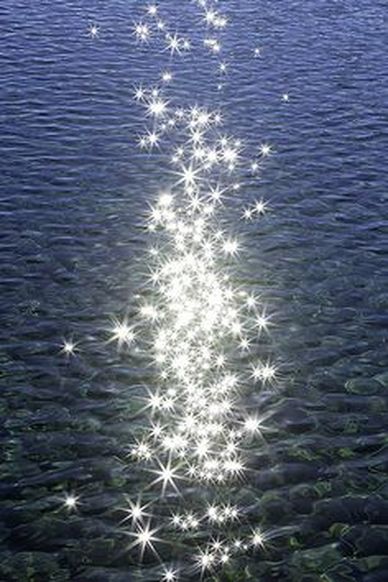 The Sun is opposite Neptune today, while Mercury is slowing down and will station on the eclipse point over the next few days.
Here’s what to watch for:

* Neptune and the Sun opposite to one reflect the drowning, dissolution, surrender, weakening, or obscuring of light, leaders, men, truth, clarity, direction, and purpose. It is normal to feel lost, overwhelmed, depressed, weak, uncertain, foggy, and without a clear sense of purpose or direction under the transit.

* Neptune and the Sun can also put us in touch with a non-ordinary sense of purpose, strength, truth, wisdom, or vision. It’s also normal to feel like you are receiving a vision or guidance from non-ordinary, imaginative, symbolic, ethereal, or dream states right now.

* Neptune and the Sun question appearances. Is this really what it seems to be? Is there something more beyond the superficial, the material, or the outer appearance of something?

* On the other hand, Neptune and the Sun can amplify our paranoia, our tendency to live in fantasies, to imagine conspiracies where there aren’t any, and to create overly elaborate explanations where the deepest truth is plain and simple.

* The Sun/Neptune opposition depicts an ego losing control, a longing for the far shore, and the wish for oblivion.

* The Sun/Neptune is the devotional hymn, the song of praise, and the state of divine ecstasy.

* The Sun/Neptune is the prophet and the flood.

* As the Sun/Neptune opposition perfects today, Mercury is slowing down to station on the eclipse point after conjoining Mars. Mars is still within a degree of Mercury, and so we should continue to watch for the Mercury/Mars themes, including militaristic or aggressive speech and rhetoric, impatient or arrogant and defensive or aggressive communication, the deep, driven, heartfelt, bold or courageous vision or message, the powerful announcement, the new science or technology, the changes and challenges we face relative to technology or travel, etc, etc (see the past several days worth of my horoscopes for more on the Mercury/Mars dynamic).

* It wasn’t a surprise to see some intense military chest thumping over the weekend as Mercury and Mars conjoined on the eclipse degree. The most apparent example was the testing of a hydrogen bomb by the North Korean government and the subsequent saber-rattling rhetoric that followed. On one level this piece of news felt somewhat underwhelming given the magnitude of the recent eclipse and the significance of two planets conjoining on this degree so soon after (we’re all so used to this N Korea stuff by now, right?). However, Mercury will continue to station on this degree for the rest of the week as Jupiter keeps moving closer to an opposition to Uranus by the end of the Month. Mercury and Uranus will be trine to one another for the next week, as well. So, we are still in the early phases of the transformative wave of the solar eclipse, and the Full Moon of this eclipse cycle is still coming through this week, as well.
​
Prayer: Point the compass of our hearts to the pole star of your love.