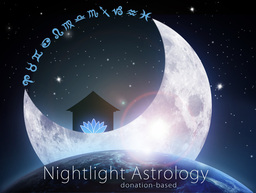 Today there is a spirit of compromise, friendship, giving, sharing, and even celebrating pictured in the sky. Asking for help, giving help, sharing the load, and all forms of unity or team work toward our goals might be a little smoother today than usual. When Venus and Mars come together in the sky it’s like waking up from an important dream to find that you have a room full of your favorite people waiting to help you talk it over and maybe make some new plans or discoveries.

The late moon in late Capricorn with the Sun in late Aquarius meets the Venus/Mars conjunction in Pisces to create the feeling of completion or to bring parting gifts or even a sweet farewell.

Coming at today’s Capricorn/Aquarius energy in a slightly different manner, focusing more just on the Sun/Moon combination we might emphasize order, security, control, focus, responsibility, and the desire for outcomes and positive results. Are you trying to finish something right now? Finishing up is probably a better task than starting up right now, so think about what lingering chores or to-do’s you can take on and then make no excuses and get it done!

Still another angle through which to view these culminating Sun/Moon placements alongside of the Venus/Mars in Pisces is that of escapism, abandonment, disappointment, failure, or the need to leave something behind. Each inflection is similar but may be asking something completely different from us. How do we bring something to a close right now? What’s the difference between letting go and abandoning something? What does it mean to linger or stay close to our disappointments, failures, or endings? How long should we stay in order to gather the dark fruit of despair, sadness or finality? When does lingering turn into leaving? And how do we handle leaving something when part of the leaving is beyond our choice or control?

When the Aquarian Sun dies it’s like the slow fade of the 1960’s…Woodstock slowly emptying, John Lennon passing through this world and into the next, there is a bittersweetness in the air. The exciting changes we’ve found now seamlessly swimming into our lives as the two fish approach and winter begins to change toward spring.

Prayer: celebration, completion, and unity, as well as loss, leaving, and letting go