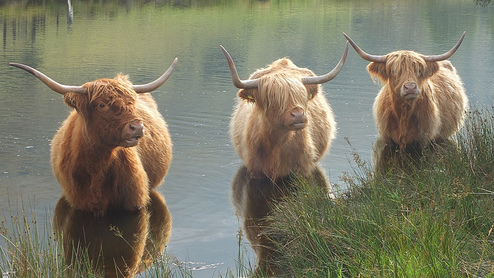 The void of course Moon in Aries will change over to exalted Taurus in the next few hours, where it will then make its first quarter aspect by tonight. Meanwhile Mercury retrograde will be making a sextile to Uranus in Aries this week, and Venus will change positions into Pisces (the sign of its exaltation). We’ll explore these subjects as the week progresses, but for today let’s look at the first quarter Moon.

With the Sun in Aquarius we’re currently experiencing all the qualities of the outsider and the revolutionizer. The Sun in Aquarius is about those unique experiences that individuate us while at the same time dissociate us from the status-quo. It’s about that awkward but magical process of becoming more uniquely ourselves while at the same time suffering the stigmas of differentiation from the pack. What is it about ourselves that is currently changing or demanding creative revision or revolution? In what areas of our lives are we suddenly feeling like a stranger..suddenly feeling like we’re on the edges or periphery…out in the cold even? It’s critical that we each learn how to step away from the warmth of the places where we fit in, where we have our place and people know our name. Sometimes this happens in small ways…like going to a movie with friends and walking away deeply disturbed or touched by new ideas..something churning inside, while your friends are saying things like, “What should we eat..man that was just a weird movie.” Other times it happens in gigantic ways…some major twist or turn of events in your life has you suddenly feeling like a stranger..hovering 20 feet above every interaction you find yourself in…changed to the core but not yet grounded.

Now, as the Moon’s light has been waxing since the New Moon, gaining power and momentum, a specific theme has been building in relationship to this “outsider” motif. Our clue as to what this theme entails and what’s at stake is constellated by the image of the Bull, Taurus. In what ways are we trying to make important changes while some element of our lives or relationships or personalities are clinging to something overly simple, or something stubbornly beautiful? Where is there a heavy footed bull within us saying, “That’s too much work right now. That’s not very peaceful, or easy.” Somewhere in our lives a rebel is trying to convince the cows to get off their asses but the cows are stubbornly chewing their cud, convinced life is no more complex than apple pie, cowboys, and antique furniture shops. There might even be a storm brewing, but the rebel looks a little strange, not so easy or peaceful, not so stable or simple, and so the cows’ distrust wins out, “We’re not going anywhere, you weirdo. Let’s keep this nice and easy.” Soon the cow will get rained on of course, but even then it’s more likely that the cow will keep the explanation simple, rather than turning to the rebel to say, “Sorry I should have taken you seriously.”

On the other hand, we can reverse the flow in the opposite direction. Where is there a rebel within us who needs to sit down and smell the roses? An angsty outsider who needs a week on the farm? A punk rocker who needs to clean off the glitzy makeup in the river and get back to the simple truths: naked body and skin, nowhere to go and nothing to prove, a dog following you home. Sometimes the rebel within us needs to reconcile with the fact that no amount of individuating will get a person back to the paradise garden. In fact, the garden is always all around us, once we stop making things so complicated…just root down, shut up, and settle in son.

There are always people who will then ask the question, “So how do we achieve a balance between these two signs?” But this question favors one of the two signs, secretly. The issue of balance, for example, in the case of Taurus and Aquarius is probably closer to Taurus than it is to Aquarius. Taurus is a Venus ruled sign, and Taurus likes harmony, ease, and grace. Taurus finds a sense of control and power in these things, and so even though the question of balance seems neutral, it favors Taurus more than Aquarius, whose ruling planets (Uranus and Saturn) are more about the dynamism between structures and their sudden breakdowns or revolutions. We just have to imagine for a few moments that balance isn’t objective. Some people think of balance as a kind of universal equalizer…a fairness that all beings and all things should naturally crave or that everything inherently desires…but the truth is that balance and fairness aren’t necessarily fair, nor are they always desirable. Sometimes calling for balance is like an ultra conservative group strategically requesting that a group of protesters work things out over tea and crumpets rather than marching and demonstrating on the streets.

So let’s forget about balance between the two signs for now, and instead lets change the question a little. “How do we negotiate these very different forces?” Well, there you go again. Negotiation is so Venusian, isn’t it? What is it within us that needs everything to get along all the time? The voice asking these questions and the voice responding to these questions are a lot like Aquarius and Taurus right now. The point isn’t to solve anything as much as it is to simply be aware of what the nature of these archetypes are about right now.

Sometimes its not about the harmonizing or balancing, and it’s not necessarily about the conflict or who wins, either. There is a “betweenness,” the both/and of the twilight tiger. With awareness of these dynamics, their eternal faces, their irreconcilable animal stand offs, their secret strategies and complaints about each other, we might come to see that each situation we face requires our careful attention and most particular participation. To what side of the conflict are we called right now? To what end? Is harmony a possibility or just the fearful pacification of a divine fight? What is the choice of the moment, regardless of whether or not it comes out equal for both sides?

“Situational hermeneutics,” is the phrase James Hillman liked to use, and it requires that we stop seeing opposites as abstract problems that need solving or balancing from the get-go. To think of the opposites as problems that need solving we are already expressing a form of bias…namely the bias of seeing opposites as problems. Like the Bull who tends to see anything uncomfortable as a problem to be pacified or denied…or like the divine rebel who sees anything pacifying as inherently controlling…we can’t change the gods, nor can we change the nature of their relationships with each other. Instead, we can learn how to relate to the gods and we can learn the secret locations of their individual temples and their preferred sacrifices. We can learn which temple of which god is the correct temple of the moment, considering who we are, and what is moving in our souls. This so that bulls and water-bearers alike might become real psychic presences in our lives, rather than just the abstract representations of our most unimaginative problems.

Prayer: help us to find the secret temples and make the appropriate offerings