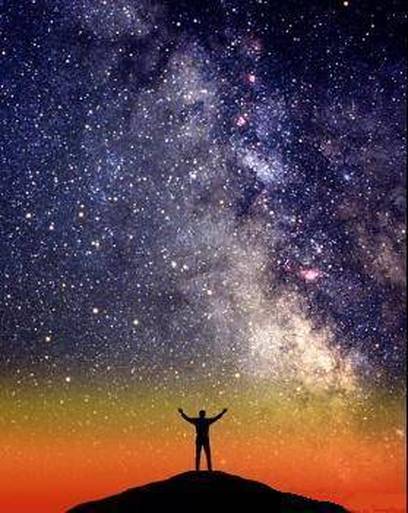 The Moon is in Cancer today, and the Sun and Saturn are conjoined in an exact square to Neptune in Pisces.

In kickstarter news we are just $27 from crossing the $10,000 mark, on our way to our stretch goal of $15,000 raised in support of my daily horoscopes. The stretch goal is to help offset the costs of part-time child care from within our yoga studio community in the year ahead. Since my wife and I both have to work full time to keep the yoga studio and all our programs and client offerings going, it’s our hope that hiring a part time babysitter from within the community will keep us close to our daughter and keep our daughter close to the community we serve and the work that we love! So she’ll get plenty of yoga, herbal medicine, astrology, singing and chanting, and plenty of lovely people in her life. If my horoscopes are meaningful to you, if you pass them to others, then support me in 2016 by purchasing a year ahead reading, or a birth chart, I Ching, or Tarot reading from the reward offerings! Every little bit helps us meet our next goal! https://www.kickstarter.com/projects/1163009170/nightlight-daily-horoscopes-2016

Back to the astrology. In reading the Chronicles of Narnia to my daughter every night I’ve finally reached the last book in the series, “The Last Battle.” Given my recent Saturn/Neptune encounter with the medical intuitive, I found this passage (once again surrounding a Centaur) especially relevant. In one of the opening scenes of the book we learn that an Aslan impersonator has been giving orders to kill the trees in the sacred grove of Narnia, the place where the silver and gold trees and the central tree of life are planted. Once more, a Centaur shows up with his knowledge of the stars to intervene. Speaking to the King of Narnia the Centaur says, “Sire. You know how long I have lived and studied the stars; for we Centaurs live longer than you men, and even longer than your kind, Unicorn. Never in all my days have I seen such terrible things written in the skies as there have been nightly since this year began. The stars say nothing of the coming of Aslan, nor of peace, nor of joy. I know by my art that there have not been such disastrous conjunctions of the planets for five hundred years. It was already in my mind to come and warn your Majesty that some great evil hangs over Narnia. But last night the rumor reached me that Aslan is abroad in Narnia. Sire, do not believe this tale. It cannot be. The stars never lie, but Men and Beasts do. If Aslan were really coming to Narnia, the sky would have foretold it. If he were really come, all the most gracious stars would be assembled in his honour. It is all a lie.”

“A lie!” said the king fiercely. “What creature in Narnia or all the world would dare to lie on such a matter?”

“That I know not, Lord King,” said the Centaur. “But I know there are liars on earth; there are none among the stars.”
The idea that men lie and deceive and err in their ways but the stars do not is of course nothing new. This is an ancient view. As the first century astrologer and poet Manilius similarly wrote, “For I cannot believe that when stars appear to view their risings are the product of chance or that the firmament is so often created anew and the Sun dies daily and is continually reborn: for centuries the constellations have displayed the same features, the selfsame Sun has emerged from the selfsame quarter of the sky, and the Moon has waxed and waned over a constant number of days and phases. Nature adheres to the paths which she herself has made and commits not the errors of inexperience.”

The image of the Sagittarian Centaur is thus one committed to those unchanging, eternal truths. The pole stars and the true north of spiritual living, we might say. With Saturn currently in the Centaur’s sign, the need to more strictly or seriously follow the truth laid out for us by something bigger and older and more consistent is clearly symbolized. We do this so that, like the Centaur suggests, we are not deceived. When I read this I was immediately aware of the way in which my astrological reflections, as well as a healthy visit with the I Ching, helped me discern my way through the experience with the medical intuitive (who had a very powerful effect on my mind). In a sense, the unchanging laws of the stars brought me back to the orientation of my inner compass.

For similar reasons I’ve always been more skeptical of psychics, mediums, or any kind of “healer” who doesn’t rely upon a more fixed, permanent understanding of things. I tend to suspect individual “gifts” or titles while I appreciate people who practice acupuncture, ayurveda, astrology, yoga, herbal medicine, medical astrology, etc. In modern astrology it’s perhaps too easy to get ambivalent about this distinction and say something like “That’s just a 9th house preference, rather than a 3rd house preference.” Astrology sometimes has so many angles and ways of “characterizing” things that it’s impossible to say if one form of study or practice is better than another. Leaving the altar of liberal-arts archetypal ambivalence in modern astrology is sort of like becoming a dissident or a heretic. To suggest that astrology as a system of divine knowledge (not astrologers necessarily) is actually more reliable than psychics is sort of like spitting in someone’s face at a rowdy bar. You’re sure to incite a small new age riot!

And yet…I think it’s fair to say that this is Saturn’s point of view from his place in the sign of the Centaur right now. This is his case. This is his argument. This is his battle cry. Take it too far and you get Jihad. Don’t take it seriously and you get a psychic trying to take all your money and convince you of things that aren’t necessarily healthy for you.

Sometimes at this point we’re tempted to say, “Well, you know, truth is personal.” But is it possible this is a form of enabling? Is it more honest to say, “No. Most psychics and mediums are hoodwinks, and it’s time someone said something plain about it.” Is there room for declarations of truth to a larger community? Shouldn’t truths compete? Are we not stripping truth of its power to transform our lives if we don’t allow various truths to compete with other truths? After all, hasn’t it been said that the opposite of a great truth isn’t a falsehood but rather another great truth?

At the time Neptune was discovered, the Moon in her fall was overcoming a debilitated, retrograde Saturn in Aquarius. We should entertain the idea, seriously, without immediate dismissal or quick explanations, that Neptune in astrology may represent a weakening of the mind and it’s ability to accurately perceive and hold the sound and lasting truths of astrology.

At first glance even I’m completely offended by this suggestion. Please don’t think I have some flippant idea about Neptune being evil or bad. The reason I’ve given committed time to legitimately considering the above idea is because the archetypal perspective, which I know and love and can defend with great passion, commits us to an equalizing ambivalence assumption from the outset of any analysis. From an archetypal, imaginative perspective, we are told, rather subtly, or we buy into, rather subtly the idea that Saturn and Neptune are really equals. So we see boundless Neptune as just a kind of intellectual opposite to “structured old Saturn.” And from the archetypal perspective, it’s kind of a cardinal sin to suggest one is better than the other. In fact, the pinnacle of astro-archetypal wisdom involves the poetic blending and merging of the two archetypal fields, back and forth, back and forth.

The problem is that if you try to escape this dynamic you quickly learn that it’s an ideology like any other. If you contemplate the idea that Neptune is a rather malefic planet whose presence has weakened the field of astrology as a whole, you are quickly told you’re being “Saturnine,” and then the high archetypal priests brand you an archetypal heretic. IF you insist, then you are said to be blinded by or consumed by one archetype…again revealing the inherent ideological position…that all planets are created equal and the highest position lies in a heightened form of ambivalent archetypal awareness.
Ideologies are what they are specifically because there is usually no argument against them that doesn’t simultaneously “prove” them. This is something the astrologer and philosopher Benjamin Dykes intelligently points out in his lecture on the various philosophies of modern astrology.

Whoa!!! To even suggest such things!

Again, please know that my intention in this post is only to provoke thinking. To nudge us more deeply into the Saturn/Neptune dynamic from an archetypal perspective, or to challenge us to examine our assumptions and allow for the healthy competition of new or different perspectives. To allow ourselves to consider, just consider, stepping out of the archetypal paradigm for a moment. To simply see what we see when we don’t assume the position of archetypal ambivalence from the get-go.
​
Prayer: Help us to perceive the truth, help us to be on alert for the liar, help us to know compassion and hold the walls strong in the right places…doors open and welcoming in the right places…teach us patience, discernment, and abiding wisdom and peace. Humble our minds and open our hearts.