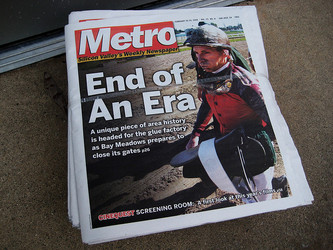 The Moon is void of course this afternoon in Pisces. Meanwhile the Sun is applying to square Saturn as it conjoins Neptune, Mars and Venus are conjoining this weekend in the sign of Aries, and Jupiter and Uranus are trining each other as Uranus and Pluto are squaring. Wow. There’s a lot going on, so let’s look at each aspect in particular…

As the Sun enters into the Neptune/Saturn square we may find ourselves compelled to help, heal, fix, or save somebody or something. We might also find that we’re being taken advantage of or that someone is trying to convince us of something that’s not actually good for us. Alternatively we might find ourselves drained, melancholic, or suffering from a small identity crisis in some area of our lives. Seeing the future might be difficult for the moment, so if you’re having a hard time “picturing” something the best advice might be to let it go for now and come back to it in a week or so, when the Moon has passed its first quarter and the Sun has moved beyond Neptune/Saturn.

With the Venus/Mars conjunction in early Aries we might find that in some area of our lives we’re waking up from a dream. Clarity will come in waves as we feel “wed” to new ideas and plans of action, suddenly, fierce, and “right now.” Keeping in mind the Sun/Neptune/Saturn square, we should be extra careful that we don’t get caught up in something delusional. Again, best actions may come a little later in this month’s lunar cycle. With Mars/Venus in Aries there is sometimes the desire to go to war with something, face something head first. There is even a beauty in competition and conflict right now that might give us an unusual enjoyment within our hardest work or when facing our fears. Taking strong actions, little by little, we will likely see some very powerful changes happening in our lives this month. Things are finishing (winter is coming to a close) in the midst of new things taking off. An exciting mixture, but one that will, again, call for some patience and some reflection in the mix.

With Jupiter and Uranus trining each other from Leo to Aries there is also a strong urge to individuate, rebel, aspire, and succeed right now. Powerful displays of creativity and innovation are possible, and the planets are supporting individual success as well as some intensely powerful, even lucky, opportunities for the expansion of our creative voice. Again, with the simultaneous square between the Sun/Neptune and Saturn, the development will take some time and we have to be careful that we’re not being taken advantage of in some very subtle or secretive way. Also, we have to look at our motivations. Not all that glitters is gold, and sometimes the real opportunity lies just beyond one or two solid “no’s.” Jupiter/Uranus brings unexpected, sudden, spontaneous combustions of success and even stardom or big lights,  but beware the smoke and mirrors too!

Finally, all of this is happening as the Pluto/Uranus square is intensifying one last time. Our next two full moons might be the most intense full moons of 2015.
As we’ve just entered the year of the “wood sheep,” it’s an exciting time. The era of our current Pluto/Uranus square is “beginning” to end. We can only pontificate about what this might mean…but one obvious possibility would suggest that major works of transformation that have been taking place within us for upwards of a decade are now are reaching a kind of thematic climax…look back to around 2005 or thereabouts (when the two planets were moving to within 15 degrees of each other, the approximate orb Richard Tarnas gives to outer planetary cycles). What kinds of revolutions, purgations, discoveries, reinventions, deaths, and individuation have you done over the past decade? Can you see any obvious ways in which some of the themes of this era in your life are now coming to a dramatic synthesis or conclusion?

It’s likely we may also see some of these grand finales playing out in the media, around the world, etc.

A lot to consider, but for now the considering…it’s still early in our lunar cycle, and we’re just entering into the gestational stage of winter..a laboring or midwifing period that will require our patience through occasional setbacks. The setbacks are the adjustings of the angle of life to its appropriate entry.