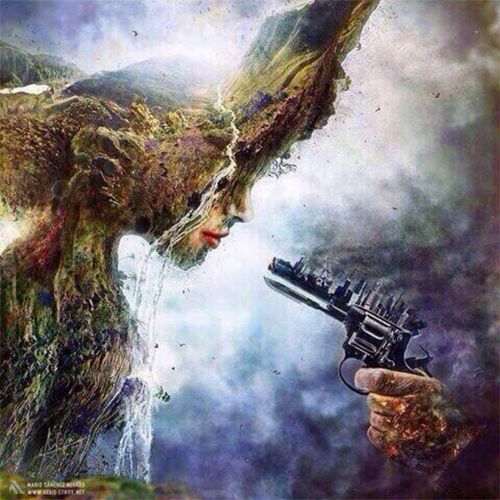 * When the God of War visits any sign, we can imagine it as though Mars is a house guest, temporarily having its needs met by the host of whoever’s house Mars is visiting.

* As a house guest, Mars will always ask for, need, or even demand those things that are natural to Mars’ nature.

* However, Mars may also ask for courage, nobility, knightly bravery, assertiveness, and protectiveness.

* Mars has traditionally been related to Martyrs, suffering saints, warriors or soldiers, as wells as thieves, mercenaries, surgeons, butchers, anyone who wields a weapon, and even mathematicians or those who have an incisive/analytical/cutting mental ability.

* Mars is always asking for or demanding or needing these things. When Mars is in its own sign, it’s easier for Mars to get these things done, unimpeded by, or without the co-mingling of other planetary influences or archetypes. Mars will be more “yang” in nature when in Aries, and more “yin” in nature when in Scorpio. In these signs, or when Mars is in its own term, face, triplicity, or exaltation, Mars can do Mars with a little greater ease, or strength, or with less blended or mixed results.

* When Mars is in the home of any other planet, it will naturally be served by the archetypal material that is natural to its host.

* So, in the Moon’s sign, Mars receives lunar things to satisfy its needs. This is a difficult placement and tends to indicates low points or fortune for Mars. Mars in Cancer is traditionally in its “fall.” This often means that there are subjectively difficult events and themes related to Mars when Mars is in Cancer.

* Regardless of the moral implications, try for a moment to go beyond how you might personally feel about the headlines in the past few days. You are entitled to feel however you feel because you are a responsive, free agent. But for the sake of seeing the transcendental field, or the karmic quality of this time, simply observe the way in which Mars is being fed or supplied with his needs by the Moon right now.

* Two major headlines feature the brutal murder of a pregnant mother, from another mother who was jealous and wanted to take the unborn child for herself. And the other headline features the politics of abortion…bans on abortion, conversations about the attempt to overturn Roe v. Wade, and debates swirling around the rights of a woman to make her own decisions or choices regarding her own body, versus those concerned with trying to ensure the right to life for all unborn children. Again, my point is not about who is right or wrong, it’s about simply recognizing the quality of the karmic moment.

* A CNN headline tells of a “cheap, brutally efficient grocery chain that is building a cult-like following and reshaping the grocery industry.” So, grocery wars…Mars, god of War, in the sign of the Moon, who represents, among other things food and nourishment.

* A headline entitled “Lunchroom Battles at School,” and a woman who let a student take lunch without paying, fired.

* These examples are all the low hanging fruit of Mars in Cancer, but there are many other general things that can be said.

* Watch for conflicts in the family, emotional outbursts, injuries or accidents or general strife related to women, children, the innocent or vulnerable, the environment.

* Watch for feeling emotionally provoked. Watch for severing or cutting ties or bonds that are deep, ancestral.

* Watch for challenges related to women, mothers, or women’s health.

* Watch for the feeling or need to protect or defend someone that is innocent, vulnerable, etc.

* Watch for emotional assertiveness, a combative mood, or the rage, anger, or empowerment of the mother.

* Watch for danger related to the water, or to athletic events related to water. Wellness and water.

* Be careful of what you feed Mars right now. Know that you are likely to try to feed Mars with Lunar substance. Where is this happening in your chart? What whole sign house? Awareness helps!

* Try to envision or imagine positive or uplifting combinations of Mars and the Moon: a mother bear’s protectiveness, emotional inspiration and courage, advocating for those who are innocent or vulnerable.

* Try to envision how this season of time might be seen from the perspective of eternity, from within the context of an intimate relationship with the divine. For example, sometimes we feel dejected, emotionally betrayed or abandoned, jealous, or hurt. Can we imagine that divinity enjoys hearing how we really feel? Can we imagine channeling those emotions into a deeper level of authentic prayer and sharing with the divine? Can we imagine that those feelings are rich and life-giving when we look for our soul, and the soul of our soul, in the mix?
​
Prayer: Guide us into the womb of your love, where we are always safe to be honest, and where all conflict has its soulful place, a soulful home that is always at rest in you, even as we are churned like the ocean.