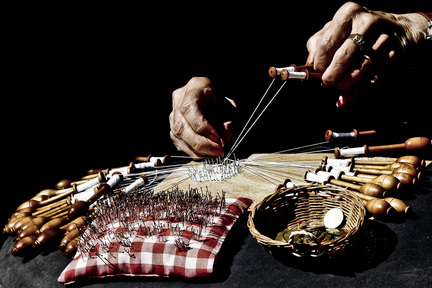 The Moon is in Scorpio today, applying to oppose Venus in Taurus before going void of course.

What to watch for…

* Sexual tension/excitement/desire/erotica (Moon opposite Venus)
* Foreplay, extravagance, decadence, and desire (same)
* The feeling that everything should be handed to you or that everything should happen easily or naturally, without any work (same)
* Moodiness that destabilizes relationships or rains on a parade (same)
* A quickie (same)
* Conversations about finances, resources, time/energy management (same)
* Feeling sick and tired of feeling sick and tired (same)
* Lazy and sexy taking a naked nap (same)

* A philosophical dilemma, weighs on the mind (Saturn barely moving/retro in Sagittarius)
* A revision of past beliefs (same)
* A new course of study or inquiry (same)

Whenever we read a list of so many different possible qualities happening all at once, we naturally ask ourselves, “How can they all be happening at once? Is there some way of summarizing it all? Some overarching purpose to all the different qualities?” And the answer to these questions is that the psyche is multifaceted. The solar system as a reflection of psyche is like a vast temple with many different sanctuaries, or a vast mansion with many different rooms. Some of these themes will be dramatically pronounced for some people while others will be for others. There’s also always the possibility that despite whatever weather is going on around us, we’re simply not seeing/feeling it that intensely. We make a mistake in thinking that astrology is “determining” things. The sky is more like a reflection of what’s arising..the many different facets of psychic life currently expressing themselves and interacting with each other. But it’s always “through a glass darkly” that we come to astrology. Knowing the weather patterns of the psyche, we can take comfort, feel the divine intelligence (even if it’s still deeply mysterious), and make soulful choices.

Summing it all up is the great red herring of astrology…a wild goose chase of prophets and their v-formation followings. As long as we know that, then we can be creative with our summaries rather than prescriptive. So here’s one of mine, but look at the patterns above and try one of your own!

A Prophetic Summary: We are rising to the challenge of a series of unexpected twists and turns. The invisible seamstress of fate has recently turned the plot inside out (to some degree), and now we’re evaluating, taking stock, plotting a new course, gaining confidence and excitement, and gradually working our way out of the muck. This new vision will take time, though we’d like for it to be here now or we’d like for it to take care of itself without our hard work and effort. The new vision might be simpler in some ways, but we’re considering the idea that despite it simple appearance, it’s also the best thing that could have happened for us. We might still feel a little unsure, worried, skeptical or uneasy about the future at this moment….but we’re working that out…one plodding day at a time.