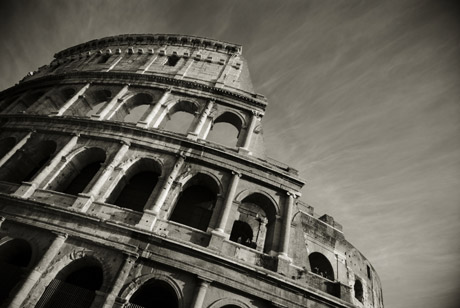 Like many other astrologers, I’m waking up today wondering how I could have misread the planetary signs regarding this election. Like many pollsters and commentators and predictors, this outcome was “unpredictable.” Well, yes and no. In both of the horary charts that I cast for the election there were signs of an upcoming scandal or event for Hillary, though her victory seemed assured regardless. For example, in one of my classrooms just three days before the FBI letter from Comey, I said, “It looks like Trump is making a deal of some kind,” and I speculated (since the general signification looked good between the voters and Clinton, indicating a victory for Hillary) that perhaps it had something to do with Trump TV…a deal he was working out to monetize his political popularity in the event of his loss.

Now what I’m seeing in the chart I cast is more complex…Hillary wins the popular vote but loses the electoral college thanks (in some part) to an arrangement between the FBI and the Trump campaign. Again, this is just speculation on my part, and hindsight is 20/20, but this at least a plausible explanation as to why she did appear to be the “winner of the people” in the horary I cast.

At any rate, I am shocked, sad, disappointed, angry, embarrassed, like most everyone in my news feed today. At the same time, I have a few key things that are the ground beneath my feet right now, and I’ll share them today before I write my daily horoscope.

* Astrologers have seen kings and queens and nations rise and fall, rise and fall, for centuries. We are witness to the ongoing turns of the wheel of fortune, which makes the high low and the low high, which ruins our plans but provides unexpected success, which takes away that which we hold dear and blesses with what we didn’t even know we needed. This is not an excuse, it’s not a dismissal of pain or grief or disappointment, or the need to participate full heartedly in the valley of the world, but rather a very simple reminder that I breathe in deeply this morning…my star craft teaches me to see all the unfolding dramas of life as echoes of eternity. In this realm of changes and impermanence, where fortune moves in her mysterious ways, I am training my eyes and heart to understand the intelligence of the Tao, that unspeakable divine presence that moves in and through all of these fluctuations of circumstance with a purpose that can only be glimpsed when we train our minds to see beyond our wildest hopes, ambitions, and expectations, no matter how noble or virtuous they may seem to us. This profound act of ritual observance is what teaches me how to read signs and omens, it is the ongoing washing of hands before the oracle itself. And the hardest thing is to learn how to be a full and faithful participant in the dramas of life while also staying committed to this practice of watching and continuing to read the signs. It’s a paradox of consciousness that I cannot explain easily or simply, but it is the very definition of who I am, of what I am made of and what makes me new again every day.

* Compassion, trust, and faith is where I stand right now. This week I am visiting with some friends on vacation and when I got here much to my surprise I found out they support Trump. This was mind-blowing to me, but in the past few days I realize that fate brought me here to experience this election with dear, creative, spiritual, lovely people that I care about who also happen to have radically different views about this election compared to myself. I am resisting the temptation to judge them and rather find myself inspired by the idea that the Universe somehow set me here and has invited me to explore compassion, listening, friendship, and trust at a deeper level (though let me tell you it has not been easy at all and I have barely slept).

* Finally, back in 2012 I gave a talk at a 2012 “evolution of consciousness” type of event. One of the moderators of the panel I was participating in cut me off when I started talking about the upcoming Pluto/Sun opposition in the USA’s birth chart as potentially indicating a massive conservative backlash in the next election. I was cut off because it was apparently intolerable to consider the idea, at least in that setting, that tremendous cultural/conscious evolution was not inevitable. Obama had just won his re-election and people were anticipating a great leap in consciousness at the winter solstice that year. I said we needed to be very careful about the pride and attachments we develop around our progressive/spiritual agendas. I didn’t say this to be a debby downer, but rather to simply point out that our attachment to a narrative of progress is part of a kind of messianic thinking that tends to deepen existing divisions. If I had been allowed to finish my thought, I would have added that this is not an excuse for passivity or civic detachment but rather a sign in the stars that should simply remind us to walk our path with humility, knowing that our pride and attachment to progress of any kind can all too easily participate in the deepening of divisions. I told my wife on the way home from that event that it wasn’t a good “sign” that there hadn’t been space for this kind of remark and last night I kept reliving the moment where the moderator cut me off as though I was speaking some kind of evil or negativity. It was painful then and its still painful now to think about, but I think this is a story worth sharing.
​
Stay tuned for my daily astrology post…its still important to read the signs today…we each have lives to live and the stars are here to help.