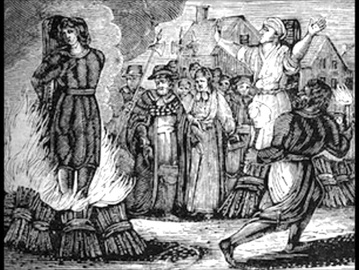 The Moon is in Virgo this morning, moving into the t-square with Jupiter, Saturn, and Neptune.

Let’s revisit Saturn/Neptune today. Here are some themes to watch for in the midst of our mutable madness this month:

* Saturn and Neptune brings up sharp distinctions between what is “real,” limiting, concrete, and depressive on the one hand and surreal, transcendental, ideal, blissful, or illusory on the other.

* Saturn and Neptune can highlight paranormal experiences, non-ordinary states of consciousness, dreams, and other worldly realities, while Saturn often casts a negative light on such things, wants to call them evil, or wants to explain them away as naive, irresponsible, or sick.

* Saturn and Neptune together often create imaginative new paradigms as Neptune provides the vision and Saturn acts as the actualizing or structuring force.

* Saturn and Neptune together may point toward black magic, dark magic, or the fear and projection of such things onto exotic/different people or subjects…Saturn/Neptune is both the brujo, sorcerer and reality of evil spiritual realms as well as the irrational fear of magic and practitioners of magical arts.

* Saturn/Neptune is the witch hunt, the mass desire to be strict or to punish, condemn, or judge what it finds to be evil or reprehensible, as well as the calling to dissolve rigid judgments and open various hardened structures (or hearts) to greater compassion.

* Saturn/Neptune is the call to recognize the confines of our lives in contrast to the longings or dreams and desires we have at the heart level. Saturn/Neptune is also the reality of our responsibilities or the requirements of something relative to our biggest wishes…which of our desires is realistic, what will it take, and how real are we being with ourselves about what is required of us on the level of commitment and discipline?

* Saturn/Neptune is the depressiveness of everyday life. Life is filled with suffering, limitation, depression, boredom, and monotony. How do we live with this, and how is greater bliss or happiness an actual possibility? The imagination is being called to respond.

* Saturn/Neptune is the martyr, the victim, the escapist, the suppressor, and the overly harsh judgment. It’s about harshness and mercy and how either end can become extreme as a way of trying to hold out the “other.”
We could add more to the list, but these are themes that have been in the astrological air for a while now and will continue to be present over the summer!
​
Prayer: Help us to be compassionate. Help us to live responsibly, to live within what is real in each moment, while continually radiating the imaginative powers of our heart and soul.