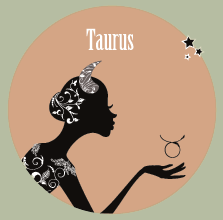 The Sun has just entered Taurus and is now applying to a long trine with Saturn. Meanwhile, Mars is engaged with Pluto and will conjoin Pluto on April 26th, just after Mercury has finished its square with Saturn.

* The Sun/Saturn trine over the next ten days or so is an incredibly productive transit, but given that it is taking place amidst a number of more dynamic/challenging transits, we have to be careful about bulldozing or steamrolling our way through things where more tact or TLC is necessary.

* The Sun and Saturn coming together in the spirit of Jupiter (trines are of the nature of Jupiter) and speaking to each other through the element of earth, matches together the practical and the beautiful, necessity and diplomacy, productivity and joy, economy or simplicity and cleanliness, wisdom and clarity with realism and work.

* As this transit builds, Mars is also gradually approaching a conjunction with Pluto. The last time Mars applied to a conjunction with Pluto it was October of 2016. The Access Hollywood Trump tapes were released, Obama detailed the plans for a manned trip to Mars, Samsung phones were blowing up, and Comey announced the FBI would be reopening its investigation into Clinton’s emails. There were, of course, many other things happening all around the world, but that is a good sampling of the mood during the last Mars/Pluto conjunction.

* Mars/Pluto, in general, indicates power and the abuse of power, corruption, and scandal, intrigue and gossip, spectacles and interference, coercion and bullying, violence and subterfuge, the criminal underworld, muscle, guns and weapons, black markets, surgeries or the elimination of something toxic, blowups or blowouts, eruption, hostility and confrontation paired with depth, darkness, and eroticism.

* Mars/Pluto is also the courage necessary to face or confront an obstacle or challenge. Mars/Pluto is “forced entry,” or the shadows of our past appearing with unexpected vindictiveness, revenge, or resentment.

* Mars/Pluto is also about the drive, passion, and power necessary to make a total or complete transformation. It is about the need or desire to completely pierce or penetrate to the heart of the matter and to work through fears or difficult truths along the way.

* As all of the above is happening, Mercury is also moving back through its square to Saturn (perfecting on April 25th). This square places an emphasis on communication, speech, thoughts, the mind, skill development or acquisition, mental or verbal control, pressure, or containment, as well as issues surrounding anger, stubbornness, or control in how we talk to or relate with one another. Mercury/Saturn is also about the termination of deals or agreements, or long-term commitments or the maturation of communication or mental/verbal dynamics in general.

* Given all of these planetary transits taking place over the next week, it’s a very good time to grow or mature in a variety of ways, as we confront things that need to be confronted, move through obstacles, and enjoy an aura of general productivity and hard work. The major warning of this transit involves, again, steamrolling or bulldozing, demonstrating intolerance or impatience, demanding that we get our own way, being mentally or emotionally rigid, irritable and prone to conflict or a kind of Machiavellian aggression.
​
Prayer: Be our breakthrough. Be our maturity. Be present in our words, thoughts, and actions. Be our passion. Be alive in our hearts.