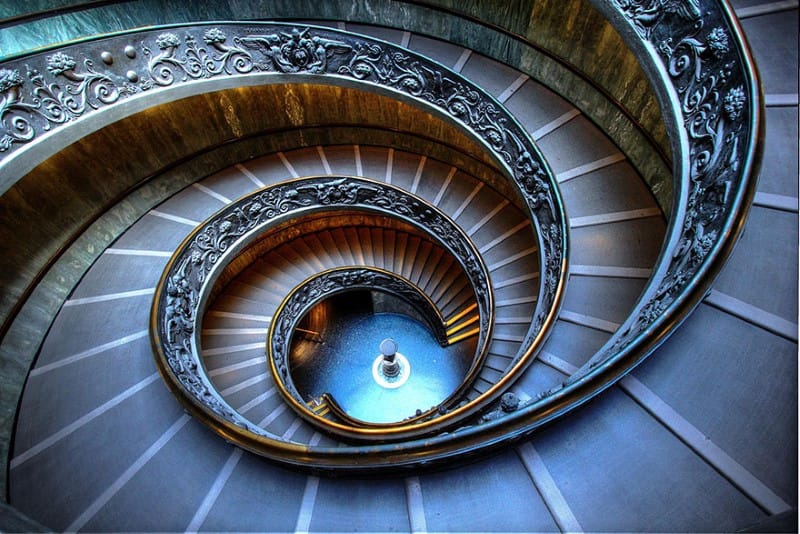 We think we know Capricorn, but do we really understand the most enigmatic sign of the zodiac?

* Capricorn was referred to by ancient Hellenistic astrologers as “the goat horned one,” but Robert Schmidt has pointed out that the title included the notion of being enigmatic. The goat horned “??” might be another way of putting it. This should give us reason to pause. The constellation image of Capricorn is a strange looking goat with the tail of a fish. Let’s just leave that puzzling image there, and imagine now that we’re entering a zodiacal temple, somewhere in the stars, above whose doorway there is a shadowy question mark and the dim image of the mysterious goat-horned one…

* Along the walls of the ground floor of the temple are moving images of winter: old men and women, crumbling skyscrapers, frozen branches, the burning flames of a funeral pyre sent down a frosty river, and all faces of death. However, as the bleak images shift and change, they crack and flame at the edges with an iridescent glow, revealing glimpses of rainbow light.

* A young child approaches you with blue lips and frosty white skin. “To walk up or down?” he asks you. And suddenly before you are two staircases, one spiraling upward into dark clouds marked by bursts of color streaked lightning and the other downward into utter blackness.

* If you climb the stairs upward, you find cities rising out of the sea, and the wheels and fires of industry turning over the top of old bones and fresh saplings. You see men and women in suits, chained to one another on the deck of a ship, groping after a bouquet of beautiful bodies that rises and falls, naked and fertile, inviting them in from the waves. Not evil but the decadence of opportunity all around you. As you climb higher you also notice long libraries, the doors of temples, and the arched hallways of Universities. Along the stairs climbing higher, singers, painters, angels spiraling ever upward, and those lost in the timelessness of meditation. Finally you reach a round ceiling porthole with starry runes written in the dark clouds. The strange letters flash with fire and color, and you ask out loud, “What does it mean?” The child with blue lips and frosty white skin appears again and says, “All aspiration ends here.” Then the runes disappear and the same question mark over the door to the temple appears.

* If you walk down the stairs, you find the deepest wells of suffering and all images of human horror and discord, loss and abandonment. Level after level of unspeakable brutality. The poet loses his quill. The speaker his voice. The watcher her eyes. The singer his instrument. The captain her compass. The contemplative his mind. And yet finally, because the feet do carry to completion, there is at the very bottom a round porthole, a bottom hole in a bottomless floor, and it too flashes with color and fire, covered in runes. You ask the same question, “What does it mean?” and the child guide with blue lips and frosty white skin appears again, saying the same, “All aspiration ends here.” Then the fiery runes disappear and the same enigmatic question mark appears again, dark but flashing with alluring colors.

Suddenly you find yourself once more at the entryway to the temple, but now you are being shown out of the frosty maze. Your guide hands you a single, leaden coin engraved with the image of the question mark on one side, and the glyph of Saturn on the other. “Hold winter in your heart, and it will hold you in the highest heavens and the deepest hells,” the child tells you.
​
Prayer: Teach us the wisdom of the goat horned one. The grave and glorious question mark.