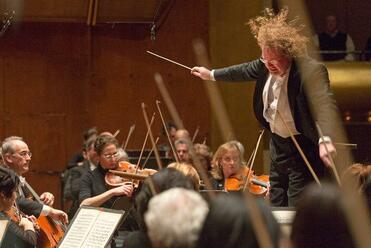 In the month ahead, Uranus and Pluto finish their long dance between the signs of Aries and Capricorn.

* When Uranus enters the last “anaretic” degree (sometimes called the ‘killing’ degree) of Aries, it will be effectively finishing 8 years worth of a square to Pluto in Capricorn by whole sign.

* Meanwhile, Saturn is quickly approaching its conjunction with Pluto, which will finally perfect next winter.

* The “hard reset” of the approaching Saturn/Pluto conjunction is promising. It suggests the absolute necessity of starting over, of demolishing, deconstructing, and eliminating the rot behind the scenes or within the very bones of our lives. It may not be fun, but it’s necessary, and it will provide us with a new foundation to operate from.

* As this historic Saturn/Pluto conjunction approaches, this next month is going to be a pivotal moment, a foreshadowing of the changes to come.

* Between February 1st and 2nd, Mars in Aries will begin the process of weaving Uranus and Pluto together by first making a square to Pluto. This will be an explosive moment, a moment of upheaval, power, force, and reckoning. We will be wise to avoid all “unnecessary” confrontations, power struggles, or reckless choices, while also making the bravest decisions we can, the decisions most likely to create the breakthrough we know we need. How we do things matter as much as what we do!

* Then, between February 12th and 13th, Mars will bring its encounter with Pluto into its conjunction with Uranus, sparking a moment of emancipatory power. Declarations will be made. Intentions will be laid bare for all to see. Competition and defiance, as well as force, disruption, and innovation will be crackling through the air like a live wire.

* This sequence of events will force us to play the cards we’re holding in our hand, but again, it will matter how we play them. Too forceful, too much, too quickly, too defiant, too self-centered, and we’ll create another stalemate, just as Saturn pulls toward conjunction with Pluto but then turns retrograde and backs away.

* So once more, the next month is like the prelude for a deeper and more complete movement that will likely take place within the next year when Saturn and Pluto finally get together. Until then, we should be content with organ blasts of clarity and crescendos of forwarding movement, matched by periods of darkness, uncertainty, and the long sounding notes of blockage and resistance to change.

* It’s what we do with these waves of clarity and forward movement that matter. If we use them to help us plan, prioritize and move gradually toward our goals, then when the contractive periods come we relate to them differently. Blockage becomes the building of resonance. Resistance becomes a curious interlude. Delays become the careful attention to each note on the page, the fine tuning of our instincts.

* So beware the rush to completion. As the I Ching says about completing something… if the fox tries to cross the stream too quickly, it gets its tail wet: misfortune.
​
Prayer: Teach us the art of transformation. Protect us from the highs of growth and the lows of stagnation.