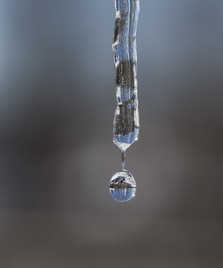 The Moon is in Pisces this morning, moving into a square with Saturn in Sagittarius this afternoon, and then applying to join Neptune and Mercury in a triple Piscean conjunction later this evening.

* People who you can’t get mad at because they make getting mad at them more difficult and complicated than NOT sharing your frustration or anger
* Someone who takes any suggestion or criticism as a personal attack and then not only doesn’t listen to the suggestion but then goes on to shame, guilt, blame, or attack the person making the constructive criticism
* Someone who can do nothing but think about themselves, tends to take the credit for things that aren’t their own, and seldom says “thank you.”
* Someone who uses one hot-button issue after another, one cause after another, to prop up their ego…”as long as I’m fighting for something transcendent, then I’m the right kind of person.”
* The odd way in which legitimate victims tend to get overlooked because of the way they are used for political/social arguments or platforms
* When someone hoards the mourning or grieving process of a loss that belongs to more than just one’s self
* When someone doesn’t ask for help enough and when they finally do ask for help they are agitated that nobody’s been offering it
* Someone complaining about the lives other people get to live compared to their own, while doing nothing to change their circumstances
* Someone not taking into account that someone else’s unfortunate circumstances aren’t as simple as “their own damn fault”
* Not recognizing that “personal” issues are also social, historical, cultural, ethnic, sexual, racial, religious issues…

There are different ways of caring..some take more subtlety and patience than others.

Also…a very simple but very relevant question right now, “What do I know to be true, and what’s keeping me from trusting it?” We have a million and one excuses to not listen to our own inner truth, especially when that inner truth requires some work or greater responsibility or commitment or focus.

Prayer: here now ending, the winter of our discontent…