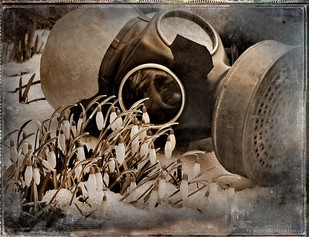 The Moon is in the sign of Aquarius today, and IT IS THE LAST EXACT Pluto/Uranus square of the cycle….

In fact, the next time the two planets are in exact hard alignment (by opposition), it will be September of 2046.

We are standing today at the beginning of the end of an era…
Things don’t happen all at once. Looking back to when this alignment began, almost ten years ago, and intensifying most dramatically over the past 4-5 years, the changes have been large and often dramatic, but the process has also been slow and steady.

Similarly, many of the most profound changes (as many astrologers have been reminding us) happen during the fading phase of such alignments.

A few examples of how to think about planetary transits in light of our Pluto/Uranus square:

* When do the most powerful lessons of a major event in your life clarify themselves? In the moments leading up to an event you know is coming? During the event(s) themselves, or in the days/weeks/months or years following? Everybody experiences and assimilates an event as long and powerful as the Uranus/Pluto square differently.

* A man walks on the Moon. How long does it take the global imagination to feel and integrate that event? Does it happen during the actual moon-walking? A day or week later, or does the event’s most profound cultural/historic changes continue moving through us for decades to come, even influencing the future generation’s imaginative assumptions and foundations? The Uranus/Pluto square is something like 10 full years of a man walking on the Moon…

* In what way did the events of the 1960’s effect people? As diversely as the number of people who lived through it, and far beyond that. This is why it’s more important to look at the events of a Pluto/Uranus square from many different angles. One person’s revolution is the death of another person’s heritage. One person’s sense of progress is another person’s view of hell. One idea of evolution, eventually, becomes simply a youthful time of life, an innocent memory in the halls of time.

* When you have a psychedelic experience, a war experience, or even a sexual experience…what happens “the day after?” So many different things…disillusionment, hangover, rest, psychological transformation, post traumatic stress, breakups or breakdowns, clarifying or deepening of commitments, etc. We are entering “the day after” of this transit, and it will last for several years…

It’s hard to see an “event” as long as the one we’ve been going through celestially. That’s the point.

Imagine in some ways that you’ve been in a meditation, trance, ceremony, or religious ritual that’s been lasting for a decade…with very particular themes and energies colliding and working within the soul.

Imagine that you’ve been in an existential workout session that’s just reached it’s peak and will now start to come down….

Cheers everyone to an era of profound transformation, individuation, revolution, depth, and soulfulness. Let’s make this last one count.

Prayer: it’s not over, but it’s starting to be over…


Image by courtesy of Hartwig, at creative commons image licensing