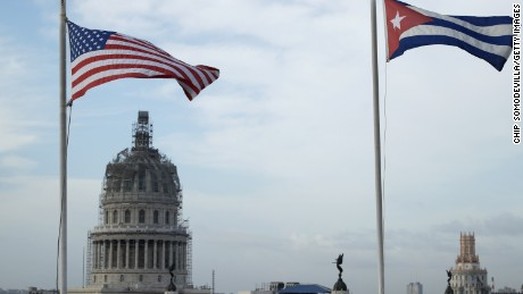 Tomorrow’s lunar eclipse is almost here. Today the Moon is in late Virgo. Meanwhile the Sun is moving into a trine with Mars in Sagittarius, Venus is creating a t-square with Jupiter and Saturn, and Saturn is preparing to station and turn retrograde.

It’s a big week, and not surprisingly we are seeing the evidence of these transits in the news this morning as the president of the US speaks to the Cuban people and during his speech CNN is simultaneously airing footage of a terrorist attack in Brussels. Let’s look again today at some of the themes symbolized by the planets at this time…

* Yesterday I wrote about Venus walking into the square from Saturn (who will be stationing and turning retrograde very shortly). I mentioned that it’s possible for attacks to come from people with extremist views. In a sense this is a theme that has become more pronounced ever since Saturn entered the crusading sign of Sagittarius. However, there are peak moments when Saturn’s more extreme viewpoints in Sagittarius will be manifest. One such moment is currently signaled by the exact square to Jupiter (symbolizing attacks related to faith or beliefs, differences of political or social or cultural opinion, etc). Another such moment is simultaneously signified by Venus walking into that square from Saturn when Saturn has the upper hand in the dynamic. In other words, it’s a time where our values, our faith, and the things we hold dear may find themselves under attack, or at the very least challenged very seriously by opposing points of view. It’s a time where we might find ourselves separating into factions and duking it out with people we otherwise have more in common with than anything else. Old wounds and old extremist tendencies might be coming up to remind us that they haven’t gone away, they’ve just been lying in waiting. On the other hand, naive optimism or futurism might be getting a reality check: progress takes time and happens one slow step at a time. For others there is no time left…

* As tomorrow mornings eclipse takes place in the sign of Libra, a sign related to social justice, diplomacy, negotiation, and harmony (ruled by Venus), this eclipse also carries the weight of the dynamic that Venus is currently walking into. Good intentions entering the arena of a bitter clash of ideas or beliefs. A vision of peace and hope trying to mediate and guide or lead amidst a history of violence or extremism. For example, this morning Barack Obama is giving a speech in Cuba as he continues to “normalize” relationships with the country. This is a hugely controversial subject in our country right now as many people believe that any gesture of friendship with Cuba’s government is an implicit condoning of the mistreatment of its people. On the other hand, many people believe that the path toward progress for Cuba is to open these simple avenues of communication, so that the ideas, values, and images of democracy may flow more freely into the country, hopefully empowering the Cuban people to change their government in time. What we should note as people interested in astrology is the way in which the themes of justice, fairness, social equality, and diplomacy, are all at work in this week’s eclipse, especially amidst the more extreme dynamic of Jupiter/Saturn and Venus.

* Add to this that the Sun is in Aries, that Mercury is going to be cazimi near the time of the eclipse, and that both will be trine to Mars in Sagittarius, and we have the added elements of empowered speech, bold, brave, or courageous advocacy, clarity of mind and action, decisiveness, and aggression. This is an eclipse that is therefore not only about peace and justice but it’s also about the fight or battle for those values we hold most dear. For example, one of our most peace loving and forward thinking politicians, Elizabeth Warren, who is not one to embroil herself in trash talking and has largely remained silent on the recent elections, came out strongly against Donald Trump..even saying that “silence is not a virtue” when it comes to denouncing this man’s actions.

The final question might be, “so how does all of this effect my simple/personal life?” Here are some final thoughts before tomorrow’s eclipse:

Look at what bridges are being built in your life right now philosophically, religiously, politically, culturally, etc. Where are we resistant to change, where are we trying too hard to force something, where are we engaged in the most heated debates or battles for something we believe is “right?” It’s a good time to remember the humanity of those we disagree with and try to focus on implementing changes without going too negative or being overly divisive. It’s frankly a good time for imagining a sacred “middle ground” between extremes if we find ourselves heavily polarized about something or with someone.

At the same time, there is definitely a sense of urgency in the air right now that can’t be denied. We should therefore simultaneously consider where we are being asked to speak out or stand up for something or where we are being called to put a strong plan into action or make a bold decision of some kind. Strength tempered by modesty and respect for others will likely yield good results right now.