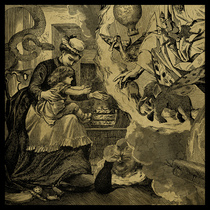 The dark Moon is in Pisces again today, applying to conjoin Chiron in Pisces before the new moon solar eclipse tomorrow morning. It’s also the last day of winter today!

Here’s a few themes to watch for:

* Over emphasizing the difference between the “spiritual” and the “worldly” creates psycho-spiritual drama
* Feeling extra sensitive, the veil is thinned
* Watching what we put into our minds/body what goes out
* Feeling open/suggestible
* Feeling “all over the place,” unable to focus, tired, reaching for a: pillow, bottle of wine, remote control, bag of chips, etc.
* Unable to communicate ourselves clearly
* Oversharing
* Feeling sentimental, victim-y, complain-y
* Seeing patterns more easily
* Vivid dreams, feeling helpless
* Spirits, animals, fairies, helpers, daemons…more noticeable at the moment

These mostly Piscean themes are just one angle forming through the planets in the
sky today. Perhaps most obviously we should be feeling that eclipse season is almost under way. First tomorrow’s New Moon Solar Eclipse will be at the zero Aries point…an incredibly strong eclipse. Then we’ll have a Full Moon lunar eclipse in a few weeks that will be equally powerful as it engages the Uranus/Pluto square as well as Jupiter in Leo.

All the labor and gestation of the winter has led us to this moment. Voices are speaking loudly right now…patterns are discernible, dreams are vivid, and we’re being given a glimpse of what’s coming next.

Prayer: Help us to hear the guiding voices before entering this new season of our lives…

Image by courtesy of seri, at creative commons image licensing