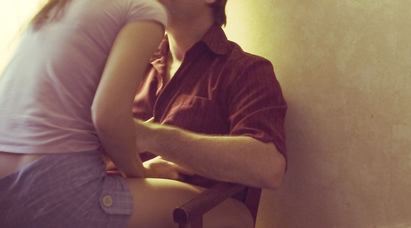 The waxing gibbous moon is nearly full and in the sign of Aquarius today, applying to oppositions of Mars and Venus in Leo by tonight.

So what does it mean when Venus and Mars are coming together in the sky, but it’s by way of one planet moving backward while the other is moving forward. Here are some images to watch for:

* She’s going back to him…
* It’s happening again…
* She’s dating the same guy, just a different face and name
* They keep breaking up and getting back together
* They are back tracking
* Something is being repaired or restored, faith, love, hope
* I’ve changed my mind about that, bring it back please
* After a long separation, return
* Returning home
* Okay, I’m good, let’s go
* He’s chasing, she’s finally giving in
* She is a he and he is a she
* Identity/gender/sexual confusion, flip flopping, reversals
* They both want it
* Two proud people at odds finally sit down for a mutually beneficial meeting
* Finally, some agreement
* Animals and mating patterns
* A new style, taste, or preference settling in
* Forbidden love, betrayal of the present for something in the past
* Lovers, death, and heartache in the workplace
* Romeo and Juliet tragedies of the heart
* The dramatic or theatrical love story
* Wishing for something no longer here or past its time
* Desire, appetite, and lust creating difficult situations
* Being drawn toward something we know will be our downfall
* Loyalty, oaths, pride, and dignity in relationships

As we reach full Moon over the weekend these themes will be amplified and will play out along with the Virgo/Pisces themes. We’ll take a look at those over the weekend. For today, as the Moon approaches an opposition to Mars in Leo, take notice of emotional, familial, ancestral, conflicts. Conflicts of love, romance, lifestyle, taste, and appearance. Conflicts regarding environmental factors or differing ideals. Conflicts between siblings and/or siblings and parents. And the general conflict or battle between opposing wills or egos. Whenever the Moon opposes Mars there is generally a kind of hostility or tension in the air that we have to be very careful with.

Prayer: When love is in the air, beware. Danger and love, hand in hand. Keeping love real, and danger calm.