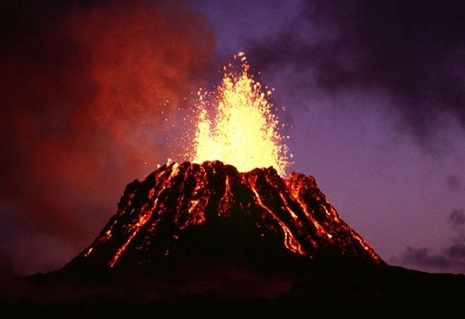 The Moon is in Gemini today, slowly applying to an opposition with Saturn.

Here’s a few things to look forward to over the next month:

* Gradually Venus will begin to emerge from the beams of the Sun. By late July she will appear in the western sky as the evening star, emerging in the sign of the Lion, like a queen. Venus related things have been in recovery and rebirth mode for several weeks now, but there is still a month left before she finally emerges in her own light again.

* Meanwhile, Venus will trine Mars next week as Mars is picking up speed again. This should give Mars a bump in terms of his own rebirth and recovery process. Look for harmonious opportunities to work with others or to fix something that’s been broken.

* The moon is late in her cycle right now, and we’ll have our next New Moon on Monday morning, the 4th of July. This particular New Moon will feature Mercury, the Sun, Moon, and Venus all lined up in Cancer opposite Pluto in Capricorn. The subjects of home, family, ancestry, roots, ethnicity, memory, land, women, women’s health, the body, lifestyle, nurturing, children, parenting, will be most powerful throughout the course of our next lunar month. Pluto’s opposition suggests powerful changes, revelations, maturation, purgation, sickness and ridding the body of lingering or hidden afflictions (family body, cultural body, etc).

* Meanwhile, Venus is opposite Pluto in the sky right now. Watch for Venus/Pluto themed events: revelations of betrayal or secrets or hidden material erupting in our homes, families, love lives, relationships, etc. Venus/Pluto is also related to obsession, taboo, and the death or descent of Venus themed subjects into the underworld.

* Finally, today the Moon will oppose Saturn. The themes of belief, conviction, passionately held doctrines or dogmas, is challenged by the whims and ambivalence of a Gemini Moon. Or, open minded and healthy skepticism finds itself in a stand off with the crusading evangelist. Don’t take the bait…if you believe something firmly the fickle fading moon might represent a passing challenge to debate or defend something you don’t really need to take your time with. Sometimes Gemini challenges just to challenge. On the other hand, don’t go persecuting someone just because they cross your path with something contrary to say. Let many things pass…if the encounter is important enough it will become non-adversarial if we give it the time and space to settle in.
​
Prayer: What is coming up or out might be hard or difficult, but help us to study the pain or difficulty of this moment, so that we may be released of something more than just the superficial difficulty.