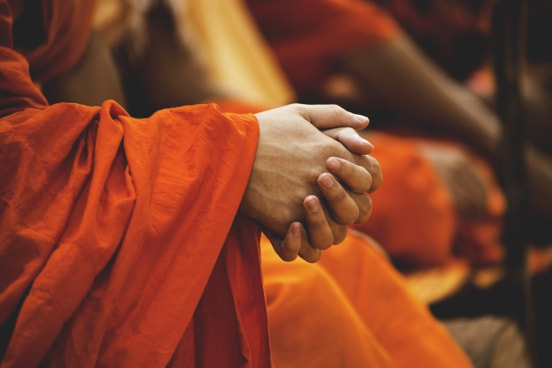 Today, Venus and Mars are conjunct in the sign of Virgo, though both are under the beams of the Sun, and Venus is in its fall.

We can watch for:

* Marriage and sexuality
* Gender, gender-bending, gender blending
* Where gender and sex are lost, blurred, combined, or no longer
* When our relationships come under scrutiny or public criticism
* The voice of someone defending their dysfunction…everything is fine, perfect, normal, together, happy, and organized here, nothing to see, and if you try to I’ll cut you, ignore you, or try to make you feel like the person with the problem
* Harming oneself or criticizing oneself, “I’m not as good, beautiful, together as I should be”
* The need to repair or mend divisions, as well as the need to do so with care, tact, and meticulousness
* Sexual inhibitions, dryness, boundaries, and the need to explore, break rules, etc.
* Obsessiveness in relationships
* A reunion
* Attraction to what is bad, desire to interfere with what is good
* The desire or attraction to someone or something innocent, the young couple
* The forbidden fruit, the marriage that cannot be consummated, the lover that cannot be owned and must remain free
* The girl or woman, down on her luck (Venus in its fall in Virgo), taken advantage of, helped, harmed, what? (conjunction to Mars)
* Staining something
* Relief from overly critical or rigid rules or expectations
* Sexual, creative tension
* Secret sexual encounters (Mars/Venus beneath the beams of the Sun)
* Sexual affairs and people in power (Mars/Venus beneath the beams of the Sun)
* Secret deals (Mars/Venus beneath the beams of the Sun)
* A creative project fizzling out, starting over, rebooting
* Surgeries or more invasive procedures or events relative to Venus-ruled things: plastic surgery, aesthetic procedures, issues around medicine, health, and sexuality or even hygiene, std’s, etc.

Okay, now that the list has been made, let’s imagine that we can see something more than the mundane.

Let’s imagine Venus in Virgo for a moment, in her fall, beneath the beams of the Sun, hidden, but also united with Mars, God of severing and cutting.

Let’s imagine that this picture describes our situation. Here we are, children of God, regularly walking in blindness, in forgetfulness of our divine source. We walk through our lives ashamed, covered by the perennial fig leaf. We are cut out, cut off. Although we are free by nature, we live life as though we are bound, binding ourselves to so many fleeting things, so regularly intoxicated that we think to ourselves, “this is normal.”

In asking these questions we have assumed the posture of prayer. We have asked questions in faith. Because to ask a question at all, we have to take the leap of believing that our question is relevant, that it might be answered. This is the first step of faith.

Once, when I was in the midst of a very turbulent ayahuasca ceremony, during the midst of my Saturn return, I asked a similar question. I asked, who, I don’t know, anyone, anything, “What is God? Where is God? What is real?”

For some time, I didn’t receive an answer. There was only the swirling of so many shapes and images, and the overwhelming feeling of sickness, confusion, and fear. I finally forgot that I had asked the question. I became blind to the question I had asked. And then, I saw an image before me: two hands joined in prayer.

Along with it was a presence. A gentle, comforting, simple, and concentrated presence.

At first, I wondered, “What is this?” And then, suddenly, I remembered my question, “What is God? Where is God? What is real?”
In a flash, it was clear to me that this was my answer: God is prayer. God is praying. God is in prayer.

The two hands hovered before me in the vision for a while, and as they did so, they invited me into a life of prayer, into the mysterious inner sanctum of God’s own personal explorations and meditations. It was around this time in my life that my morning prayer practices became a regular part of my life.

As one of my favorite Vaishnava saints, Swami B.R. Sridhar Mahajara once wrote, “To deliver the sinful souls who chase illusory pleasures, you search after them and award them with devotion. At the same time, you are engaged in search of yourself, in search of Sri Krishna: reality the beautiful.”

With prayerful eyes, with each planetary transit understood as one of the endless postures of prayer, seeking us out just as surely as we are searching for something more, we may finally come to see everything from the planets to the people, places, and things they signify as an invitation to prayer.

So…I see Mars and Venus in the sky, I and thou, joined together, even as Venus is depressed in the sign of the Virgin. I see the two covered in forgetfulness, invisible behind the light of the Sun…blinded by the eternal glow of an earthy faith, like two hands pressed together, in prayer.