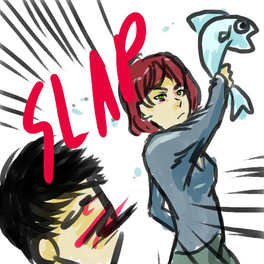 Venus is moving right into a square with Mars.

* In Hellenistic astrology, we say that Mars is in the superior position within this square. Mars is said to be “overcoming” Venus.

* However, even as Mars overcomes Venus right now, Venus is exalted, and casts her rays backward in the order of signs to Mars, who is struck by these benefic rays.

* When Mars overtakes Venus it is a bit like a man making an aggressive attempt to pick up a woman in a public place. Let’s say the guy is a jerk and the woman is a class act. In the situation depicted by the planets right now, he might succeed at dominating, intimidating, bullying, or making the woman feel bad somehow, but in the process, he may also be improved as a person because he happened to have done all of this to a very lovely, compassionate, and genuine person who not only puts him in his place but does so in a way that truly elevates him or helps him grow up a little.

* Let’s look at it from another angle. There is a peaceful protest taking place (Venus exalted in Pisces square to Mars). A section of protestors (Mars) wants to make the demonstration about something aggressive, maybe even violent. Perhaps they succeed in destroying some property, but overall the encounter they have with the rest of the crowd is transformative.

* Here’s another one. Venus wants to do something good, something beautiful, something peaceful, something friendly…but let’s say that Mars detects some aura of vanity, superficiality, or arrogance…Mars can’t help but point it out right now…but maybe due to his diligence, something unexpectedly good, maybe even peaceful comes out of it. Shocked, Mars has won, but thanks in large part to the goodness and concessions of Venus…oh Mars and Venus, you’re always locking legs under the evening table, even when it appears like you’re in a slap fight in the public square.

* More. Mars is grinding on and making a scene about his mission. He’s maybe attacking something sacred, holy, and revered…but right as he’s in the middle of making his attack, the very holy thing he’s attacking starts spitting out gold coins, straight into his pockets. He’s not sure if he should keep the attack up…”Will it stop raining gold coins if I stop attacking?”

* So there is some sexual, creative, and diplomatic tension between these two. They are both in Jupiter’s sign so they both “believe” what they’re doing and why they’re tangling right now.

* Venus is also helped by Mercury, who is in its fall and detriment simultaneously right now. How can you be mad at, or continue fighting logically with someone who is literally making things up as they go? How can you argue someone out of a position, using reason, when they didn’t use reason themselves to get into the position in the first place? For example, if I try to use “reason” to get my two-year-old to take her nap, she literally invents her own logic, stories, and reality that is almost impossible to respond to using logic or reason. It’s brilliant and charming and impossible to fight against. 🙂 Can we entertain the idea that so much of our adult fighting also boils down to irrational battles of will, and not a whole lot else?

* So anyway, watch for Mars and Venus. Mars has the upper hand, but he’s also getting smacked around by the beneficence of Venus, in the process!
​
Prayer: Show us the unexpected good fortune in the midst of our fights. Then remind us that this….this is happening all the time.