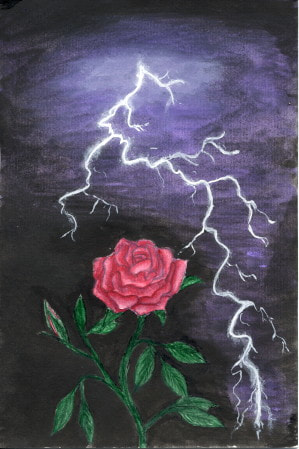 In the next twenty-four hours, Venus in Scorpio will oppose Uranus in Taurus. This is happening just prior to Venus turning retrograde next month, which means that we will have two more Venus/Uranus oppositions to come.

* When two planets form an opposition, it indicates the potential for either creative tension, resulting in birth, or polarization, extremes, separation, and the abandonment of one thing for another.

* We are therefore going to be experiencing an extended period of the oppositional tension between these two planets. The first opposition is tomorrow, September 12th, the next is October 31st, this time via Venus’ retrograde, and the final opposition will occur on November 30th (this time with Venus in Libra and Uranus in Aries).

* Remember, Venus in Scorpio is traditionally considered to be in her detriment or “exile,” and this is due to the challenge that Venus has in being/doing Venusian things while hanging out in Mars’ home place. This doesn’t mean that synthesis isn’t possible, but it isn’t likely to come without some effort.

* Sexual, stylistic, or aesthetic changes that are shocking, defiant, original, and sudden, but perhaps, also, misguided, too fast or impulsive, manipulative, passive-aggressive, vindictive, or rooted in some subtle element of conflict

* Originality or experimentation at the cost of intimacy

* Secrets, longing, betrayal, jealousy, lust, suddenly coming to the surface, perhaps in an act of rebellion or sudden boundary-breaking disregard

* The desire to break free from oppressive emotional situations

* Inventive and original music, art, fashion, perhaps with a dark or exotic twist

* Shocking or subversive news, information, announcements, or even public breakups

* A revising of one’s personal values, struggles with self image, the desire to radically change or alter one’s appearance

So there are a lot of different possible combinations to explore with these two planets over the next couple of months. Stay tuned for more!
​
Prayer: Show us the beauty of our eternal nature!