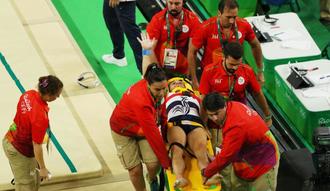 Identifying transits in the top headlines…

* Gymnast snaps leg on landing (violence or injuries at ceremonious/athletic events)
* Large group of festival goers OD on drugged candy (accidents at festivals or public ceremonies)
* Tandem skydivers die after parachute doesn’t open (Venus in her fall in the sign of Mercury…a sporting event leads to death after a technical malfunction in the parachute)
* Pistorius injured in prison (a famous athlete who killed his girlfriend is injured in prison)
* Legendary jazz musician Pete Fountain dies (a musician dies)
* A story about the sexuality of millennials compared to other generations (Venus/Mars = sexuality)
* The Mama Simba project in Africa features women who are actively training women to be leaders, similar to the way lionesses are the hunters in nature (Venus/Mars as the leadership of women or the woman as warrior)
* Apple publicly announces it has achieved equal pay for men and women (Venus/Mars and the equality of gender/sex)
* Scotsman Davie Duke’s story of homelessness turned to redemption through soccer…he now uses “Street Soccer Scotland” to help other people from disadvantaged backgrounds (Venus/Mars and the use of Soccer for peace)

This is just a short list that I was able to find relatively quickly, but I recommend all students of astrology learn to see the planetary fingerprints in the daily headlines. Often the way the media chooses to focus its headlines are influenced by or reflective of the planetary significations. Of all the things happening in the world, I find it’s always interesting to see how the simplest planetary transits often take center stage right as the planets are perfecting their aspects!
​
Prayer: Help us to hear the music of the spheres, singing all around us, all of the time!