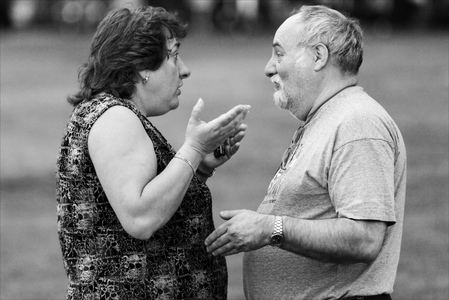 The Moon is about to enter Leo this morning, moving into its last quarter phase as it squares the Sun in Scorpio. Meanwhile today Venus is conjunct Mars in Virgo and Mercury has just entered Scorpio.

Let’s talk about the Venus/Mars conjunction for a moment while considering the new position of Mercury in the midst of it. This is the third pass of the Venus/Mars conjunction in 2015. The first was in late February, the second the beginning of September, and this last passage of 2015 now comes at the beginning of November. During the first pass, Venus and Mars were in Aries, during the second Leo, and now Virgo…the signs of Mars, the Sun, and now Mercury. If you look back to the end of February, the conjunction of Venus/Mars may have had something to do with the presence of anger, frustration, competition, power, violence, domination, desire, impulse, or strong/fast actions in relationships of all kinds. During the summer months, leading to the conjunction at the beginning of September, it might have had something to do with pride, with paternity, with heroism, authority or executive decision making, and creative powers. Now with Venus and Mars coming together in Mercury’s sign, this conjunction may have something to do with the marriage of the mind or the coming together of diverse perspectives, trades, skills, techniques, values, generations in conversation, or moral standpoints.

With Venus and Mars in the sign of the Harvest Maiden, the images of youth or young women, of innocence and virtue, of the projections of adults upon youth or youth upon adults, of the projection of corruption or guilt upon the relatively less experienced or the projection of maturity and wisdom upon those with more lived experience, are all in the air. Sometimes age is truly just a number, but other times numbers reflect the perfection of divine laws that cannot be easily bent to suit our selfish desires. Sometimes the numbers do not lie.

With Mercury having just entered the sign of the Scorpion, this Venus/Mars transit is also all about the intense need for emotional security, assurances or insurances, in relationships. What kinds of deals are we making in order to feel safer right now? What kinds of gambles are we taking or what kinds of risks are we holding back on because of a heightened state of worry or anxiety?

Mercury in any water sign also brings up the subjects of secrecy, hidden dealings, secret communications, spying, theft, subterfuge, gossip or secretive/psychic attacks. Additionally, Mercury in Scorpio brings up the need for authenticity or emotional honesty, or even the process of revealing things that have been deliberately hidden from each other.

As Mercury is also beginning to fall under the rays of the Sun, his position is becoming somewhat weakened. If the Sun is currently reflecting the presence of death and descent, then Mercury is closely following. Our minds are preoccupied with death, loss, grieving, suspicion, subtle or unconscious truths, and the need for profound emotional honesty and security.

With the Moon about to enter Leo and immediately squaring Mercury as Venus/Mars conjoin, it’s possible that our ego will be directly challenged by someone we love, or that some element of our personality will be exposed as somehow fraudulent or egotistical. Don’t be afraid to open up and explore whatever comes up today, and beware the desire to control information for the sake of good appearances.

​Prayer: Help us to come together by the discovery of things that have been hidden from clear view