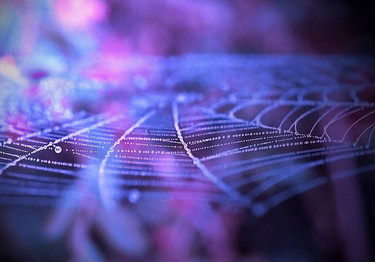 The Moon is void of course today in Pisces and will stay void of course all the way until tomorrow morning, giving us a nice long break in the Moon’s action. This makes it a good day to look at the Moon, as well as the void of course period, in depth.

The primary reason many astrologers use the Moon as the daily anchor for our forecasting is because the Moon is the fastest moving “planet” in the sky, while also being the second brightest light in our sky. The Moon appears from our point of view to be the exact same size as the Sun, though they are radically different distances away from the earth, which gives us the sense of an inherent egalitarianism between the two luminaries (though getting into any conversation about which planet is bigger or more important, etc, is generally more solar than lunar from the get go). The Moon can sometimes eclipse the face of the Sun, and every month loses its light as it comes closer and closer to the Sun. Scientists speculate that the Moon may have originally been formed from the Earth and then split off. Others speculate that the evolution of life on our planet would not have been possible if not for the Moon’s initial closeness to the earth (much closer than it is now).

The idea is that the Moon’s initial orbital proximity to the Earth would have created an enormously violent tidal effect for hundreds of thousands of years, churning and mixing the elemental/mineral/chemical soup of the oceans and then gradually settling the ocean’s tidal cycles as the Moon drifted farther and father away from the earth toward the distance at which it now lies (approximately 239,000 miles away from us). Through this process its hypothesized that the evolution of life as we know it was made possible.

Additionally, as the Moon has drifted out farther and farther from the earth, as the theory goes, we’ve gradually grown into the cycle of time on our planet as we know it. Without the Moon’s presence our days would only be approximately six hours long. So the equal distribution of light and darkness, the waxing and waning, and the two realms of life as we know it (vital for most forms of life, including our own), wouldn’t be possible without the Moon. The entire process of life is intimately related to the Moon’s existence.

This is not to take anything away from the Sun. Obviously without the Sun’s light life also wouldn’t be possible. But far fewer people know how necessary the Moon is to the presence of life on our planet.

Archetypally speaking, the Sun and the Moon occupy vastly different territories, perhaps defined most precisely by how the Sun and the Moon tend to view each other. Whereas the Sun is at the center, all things orbiting around it, giving off light from its core, the Moon puts US at the center and circulates around US, reflecting not only the light of the sun but also reflecting a huge variety of different angles and phases of light, as well as reflecting the other heavenly lights through her constant aspects to the other planets. Whereas the Sun’s light drowns out most everything else in the sky, the Moon’s light allows more space for others. Practically speaking, this means that the Moon’s daily work in our lives is more relational. The Sun tends to integrate, dominate, or take the other planetary energies and infuse them into its own central agenda (the hero’s journey, personal destiny, a specific goal or focus, etc), whereas the Moon will tend to disseminate and relate, multiply and diversify. The Moon is the web-weaving spider of the heavens, always spinning the planetary rays into our lives through her moods and atmospheres, through our daily comings and goings, and through the labyrinthine symbols and thoughts of the unconscious that engage our lives for brief windows of time before passing away and onto the next.

Sun sign horoscopes are great for looking at things through the lens of “me.” Moon based horoscopes are better for “we.” Both are relevant and magical, though the tendency is for the “me” of the Sun to see itself as superior to the “we,” or to interpret anything about the “we” back into the terms of “me.” We can’t blame the Sun for doing this since it’s job is to be at the “center” of things. We just can’t forget that from the Moon’s point of view the idea of the “center” is relative, always changing, and relational. During the Moon’s nighttime hours we are exposed to the “many” stars and many lights…a reminder that there are trillions upon trillions of stars and planets out there, each individual and unique, never alone in a vacuum.

So when we start each day looking at the relationship of the daily Moon to the position of the Sun in its yearly cycle, along with the daily aspects of the Moon to the other planets, we get an impression of what things are looking like for the day. We get a sense of how the planetary energies will “stream” or “weave” into our lives.

Sometimes these energies come into our lives through moods or thought patterns, and other times they appear through people, events, and conversations. They are easy to spot in the headlines of our major news outlets, but far more subtly they are constantly becoming the perceptions we entertain. In fact, many of our thoughts and moods, the thoughts and moods we think we are having “personally,” are more often the planets speaking their languages through the subtler light quality of the Moon, which we’ll tend to reflect. It’s when we’re able to perceive the planets on this subtle level that we’re able to create a more intelligent dialogue with them. Learning how to dialogue with the planets, in my experience, is one of the most rewarding things in the world. By doing so we create a gradually deepening but still opaque sense of who we are…the oldest words for this twilight awareness are psyche and soul. Psyche and soul are ideas who point to that in-between world where all things, no matter how painful, strange, or complicated, feel like home…they have a sense of interiority, placement, depth, history, and multiplicity all at once.

So, all of this being said, what does a void of course Moon mean for us, specifically? What is it, and how should we understand it?

The first thing to know is that a void of course Moon means that the Moon is not going to make any more angles to any other planets before entering the next sign of the Zodiac. So the general consensus is that the planetary actions (at least those daily Moon interactions) are in a resting or dormant phase. There’s a break in the drama. So the simple advice ranges from “chill out” to “edit and revise” to “don’t start anything new” to “nothing much will happen” to “go inward.” However, in my experience, there are a few other important things to say about the void of course Moon. One of them is that it’s almost always a good time to stop trying to interpret or control the things happening around you. James Hillman used to do an exercise with his students where he would bring up the image of a snake from a dream, and he would ask his students to list the possibilities for what a dream snake typically “means.” The students would come up with all the typical answers: rebirth, the feminine, kundalini energy, transformation, the phallus, etc, etc. Then after hearing all of them, he would make the point that whenever we interpret a dream snake we are also possibly killing it. We’re eliminating the snake itself. We’re not allowing for the snake to relate with us. We’re not allowing the snake a life of its own. Once we interpret it, the snake itself is gone.

Hillman’s point (and it was a favorite of his) was that the translation of the dream into its “meaning” was something done on behalf of the solar side of consciousness…the sunny day world and all its heroic concerns. Rather than granting the dream life a reality of its own, in other words, we tend to read it, decode it, and analyze it, in terms of the rational, the conscious, and the controlling sense of “me,” whose life and purpose is seen as superior or more real, and whose dreams (note the personal possessive) are thus seen as a kind of bi-product to be mined or exploited. This would be to read the lunar world, in other words, in terms of the solar. Hillman believed this was a major problem..an objectification or degradation of the feminine, and an insult to the soul or the psyche. I believe void of course Moons, like Mercury retrogrades, tend to be similarly degraded by our typical explanations or “interpretations” of them.

Here’s an example that comes to mind…once during an ayahuasca ceremony when it was a void of course moon, I was struggling mightily within a visionary sequence that involved water and the feeling of drowning. I was lying down and trying to focus on my breathing, repeating mantras, trying to understand what was happening…really trying to be a good student in all phases of a terrifying experience. Still nothing was changing. Then, I heard a small voice, “Your hand. You just need to move your hand.” Suddenly it dawned on me that my hand was lying in a cold pool of water. I had knocked over a cup of water and my hand was resting in it. So I took my hand out of the water and dried it off and the entire visionary sequence went away. Then I heard the same voice, saying something like, “Sometimes its just about the water.”

My understanding of the void of course Moon is similar. When it’s not about us, not about our centrality, when “nothing much is happening,” we stand to recognize the reality of the dream a little bit more. Water becomes a little more watery if we pay attention…its presence a little more real to us, its effects a little more effectual, autonomous, and alive. The point isn’t “not to act,” but rather that there’s something about loud/solar actions that won’t be as effective, that will miss something, that aren’t quiet enough to hear the other presences presenting themselves. There is a subtle magic in the void of course Moon…these brief windows of time where the smallest things are nudging our fingers free from our ears.

Image by courtesy of SG, at creative commons image licensing