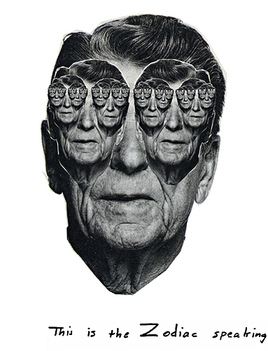 Celebrities and their astrologists practice an ancient psychological form of art.

A few weeks ago I was invited to do astrology readings backstage at the American Music Awards in Los Angeles. I’ve been a professional astrologer for going on five years now, time enough to consider the enduring and even mythic relationship between celebrities and astrologers. When I first began my career, I was unexpectedly busy very quickly, seeing nearly five hundred clients in my first year of reading birth charts. With that early success came a number of high profile “star” clients. And though I would say that, mostly, celebrity clients are like every other client an astrologist sees (they worry about mostly the same life issues—romantic troubles, career and money problems—and have mostly the same questions—what’s in store for me in the future? will my relationship last? etc.), it’s also true that the relationship between celebrities and astrologers is unique. I want to share how, recently, I came to see this dynamic more clearly.

I assume when I write that not every reader is hip to the language of astrology. The term conjures horoscopes in women’s magazines or Sunday newspapers, or the hyperclichéd mechanical mannequin in an old corner shop, red neon light image of a blank hand, and words like “fortune teller.” These are potent images of course, and so it’s not my intention to mock or even to displace them, rather to start by clearing up some misconceptions.

In fact, relatively few contemporary people have a grasp on astrology’s claims philosophically, scientifically, or spiritually. Astrologers have been employed by orthodox spiritual leaders like Popes and Lamas, kings and politicians, presidents (like Ronald Reagan), and bankers (like JP Morgan), common people and celebrities alike. Astrologers have famously predicted cataclysms like the Great Fire of London and the Black Plague, the rise and fall of rulers and dynasties, and the accurate timing of major life events for millions of people. At the same time, attempts to test or “measure” astrology in any empirically rigorous sense fail. There is no scientific proof for astrology, and yet we sophisticated practitioners of the craft—those of us who study in-depth chart reading and forecasting as well as vast amounts of historical astrological technique—remain in business, and we also remain in the employ of some very powerful people, just as we have for thousands of years.

To see how astrologers remain powerful, and close to power, absent evidence supporting our practices, we’ll eventually have to actually practice a little astrology. But the first thing I want to tell you about astrology is that it’s more like music and less like science. Astrology is systematic, just like playing a song in a certain key is systematic. It requires an artistic intelligence, just like music does; but the most salient thing about astrology is not its methods or theory, it’s what it does to people. Astrology helps make resonant the timelessness of individuals’ behavioral patterns. So when we explain to someone what it means to be an Aries Sun or a Cancer Moon, we are effectively poeticizing her identity—transposing it, if you prefer, into the language of myth and metaphor.

All of which is to say that questions about whether or not astrology is “scientifically valid” are a lot like someone rudely interrupting a performance of one of Beethoven’s late quartet to ask if you can prove its beauty, as though the enjoyment of Beethoven’s music or its effects upon the soul are dependent on something that would count as “proof”—a word that grows more and more absurd, for most, in the presence of whatever truly moves us.

I’m not saying that astrology is a matter of faith. I’m quite literally suggesting that astrology is a psychological form of art. The forecasts that astrologers make are not, I believe, something any one should spend her time trying to prove. Better to spend our time speaking and teaching the language to others, so that others can judge for themselves whether it enriches action. Don’t we know by now that science too sees through a glass darkly? In any case, I don’t know one astrologer who can tell you how or why it is that astrology works—and herein lies the first archetypical parallel between celebrity and astrology.

It’s my observation that many successful people are acutely aware of fame as a mysterious, and mostly unpredictable phenomenon. One of my celebrity clients, for example, was struggling as an actor when he got the call back to audition for a famous sitcom that would eventually make him a wealthy and internationally recognized movie star. Another TV star client of mine once said about getting his break, “It felt like destiny or luck, and I became paranoid that it was all going to be taken away or that I didn’t really deserve it.” Nearly every high-profile client I’ve seen has a story along similar lines: “It felt like fate or destiny the way my success happened.” And alongside this narrative pattern is the anxious awareness, among celebs, of how fickle the fates can be. A meteoric rise to the top of the charts can lead to a crash and burn rehab documentary.

In the language of astrology, the rise to power is represented very well by the sign of Leo, the lion, and its ruling planet, the Sun. Also by the planet Jupiter, ruler of the sign of Sagittarius, the centaur. For my celebrity clients, this pattern already exists as an archetype. The Lion is a symbol of royalty, of power and undeniable presence (who could miss the stature of a huge lion!). Yet the Lion remains entirely dependent upon an audience, which is represented by Leo’s polar opposite, Aquarius. Aquarius represents humanity and “the people.” Kings are either beloved by the people, or the people displace the king and revolt. Within every celebrity’s awareness of her “luck” or “good fortune,” in other words, there is something like a good king or queen, someone who is aware of the need to remain in touch with “the people” upon whose presence their fate mysteriously rests.

On the other hand, I’ve also had the not-so-great pleasure of seeing several celebrity clients with really big egos. For these clients the lion imagery is different. The celebrity lion becomes bold and cocky, overly impressed with itself; no gods or guides are at work in its affairs. “I want to know if this thing that I want will happen or not?” these clients say. If you say no, then they generally act as though they don’t believe you or that you’re a phony or a fraud. If you say “yes,” then they act as though there is now cosmic evidence to support their delusions of grandeur. Why would someone like this see an astrologer? Exactly. Their very presence at readings gives them away. I haven’t retained any of these kinds of celebrity clients because of the way I’ve chosen to read their charts. And to be honest there have been only a few.

An analogous sensibility is typical of politicians. Astrologers have been talking a lot about these characters lately—particularly after the famous astrologer to Ronald Regan, Joan Quigley, passed away this October of 2014—who continue to make up a significant subpopulation of our clientele. The public tends to see these people, as often they see themselves, as rationalists: making big, consequential decisions depends on tracking patterns of behavior. Yet among my politician and banker clients, running for office or making large investments, I’ve noticed a consistent appreciation for a kind of cosmic “X factor” at play in the body politic or the market place. This fascination is very much in line with the archetypal dichotomy between Jupiter and Mercury, or Sagittarius and Gemini. Where the politician or investor must lead people forward in a clear direction, with charisma and certainty about the future (Jupiter and Sagittarius), every politician or investor also knows very well that whatever information is always capable of being manipulated, public perceptions are highly changeable—that hence a good bet today might look awful by tomorrow (these qualities are more Mercurial, or more in line with the sign of Gemini). Wherever there is confidence and clarity, the importance of uncertainty and ambiguity are salient. Bankers and politicians see us astrologers because underneath the dogma of whatever they’re selling the public, is the inherent uncertainty about how they came to occupy their own position.

These paradoxes in the consciousness of powerful figures, they are in fact no more intense than those that send normal people to astrologers. Our psyches work in elaborate relational patterns. Astrology is constantly signing the opposing aspects of reality back to people as complimentary—allowing them to see their own concerns anew, with incredible specificity.

And this is key to the reason that celebrities hold a special significance for the destiny of astrology. The fact that celebrities see astrologers, and the strange aura that has always surrounded the relationship, is a reminder that the stars are people. Their success itself is a mythic archetype. It is only because they’re human and relatable that celebrities signal something beyond themselves and somehow written in the stars—a possible fate or destiny for the rest of us. And conversely their concern for their fate is a reminder that we are all just human too: Aquarius.

It was when I was doing readings backstage in the gifting suite at the Music Awards, of all places, that most of these realizations came to me. I had had similar thoughts many times before, but I had never been inundated with so many celebrities at once. The insights seemed to crystallize very quickly. As each celebrity came through the suite I watched from a distance as flashes went off and publicists answered questions, staffers walked through with armfuls of expensive clothing gifted to them for free. As the artists would eventually make eye contact with me, see and realize who I was and what I was doing, for just one or two moments I would see the star role disappear; I watched them become self-conscious and vulnerable. More than it was my job to predict anything, success or failure, I believe it was my job to provide for that exact experience.

This article originally appeared  in The New Inquiry
http://thenewinquiry.com/essays/why-do-stars-love-the-stars/