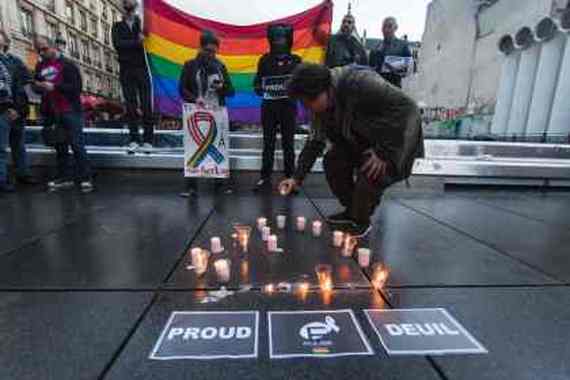 The Moon is in Libra today. Meanwhile, Mercury has just entered Gemini and is now moving from the opposition to Mars into a gradual opposition with Saturn and the activation of the grand cross again in the weeks to come.

What an awful few days in the ongoing saga of these public attacks.

* Look at the shooters chart to explain exactly how or why we see the symbolism of the violence or radical beliefs or ignorance or underlying past life issues by the nodes, or whatever else

* We look at the transits of the outer planets and recall earlier moments in history where similar combinations of archetypal influences took place…we call it “the latest Salem Mass witch trials,” or “the next phase of what started in the 60’s,” or something else

* We refuse to comment astrologically because its too early, too sensitive, too raw, and we let everyone know that we’ll wait until a later date to present you the forensic evidence in any of the ways listed above

* We find a subversive or marginalized aspect of the story…the history of prejudice towards middle eastern people in Europe, a similar transit that happened on the day of a drone bombing in Libya, the amount of people that died in a different part of the world, due to different less publicized topics, and we hint that there is some element of cosmic retribution or karmic circularity to these dynamics

* We look at the birth charts of victims and choose to focus on them instead of the shooter or the violence…we focus on the unique way in which each death is part of the plan of the individuals life, even if it happens through loss
But why mention all these different ways that astrologers have of responding? Are we scrambling to make astrological headlines like we’re journalist gumshoes one step ahead of the cosmic beat? Are we offering rationality in the midst of irrationality…”trust me, there is an orderly, divine logic to this madness?” Are we trying to assure people that there is nothing that could have been done, or are we warning people that something should be done? Are we saying, “this was predictable, the portents were there?”

For example, for the several weeks or so I’ve been writing about Venus in the cross-hairs of the mutable grand cross, and the theme of confrontations in relationships or difficulties for Venus related things. The murder of a famous female singer in Orlando, followed by the shooting of innocent people in a gay club, both unfortunately match the description. So the temptation appears for me as an astrologer to feel quite “good” that I was somehow seeing something of the omens of our times correctly. Along with this is the temptation to somehow take a stronger stance on the subject of fate…maybe I should write something that essentially says, “See all you Cathy Co-Creationists, there is nothing you or me or anyone could have done!”

But the truth is that I don’t know. For myself, all I can say with some certainty as an astrologer is that cosmic consciousness speaks; it offers signs and portents, but the question of “why” isn’t something we get at by making any rapid fire conclusions about them. When we say that a transit “perfects” or we point to the technical indicators of a type of event, we have usually said little about the “why.” Even if we can’t answer the why, it’s important to let the question work on us over time. The fact that the perfection of an omen creates a sacred fear and reverence in my own heart is evidence to me that I’m in a holy place; my internal voice says,”don’t just throw out some stupid quip about why this happened or be ignorantly excited that the signs are real…you should know by now they are real and start accepting the invitation to the deeper questions they ask of US when we see their manifestations.”

So how do I figuratively take off my sandals as a daily horoscope writer who is both predicting and responding to celestial omens every day? This question is also the question of why…why am I doing this TODAY. For me the answer is contained in the quality of the response, its genuineness in my heart, and the belief that sincerity and reverence in the presence of these omens and their manifestations will slowly attune my eyes and ears to the ever present fount of creation, to the one from which every “Why” is asked and the one to which every answer is returned.
​
Prayer: Help us to hear the “why?” and to spend quality time with it.