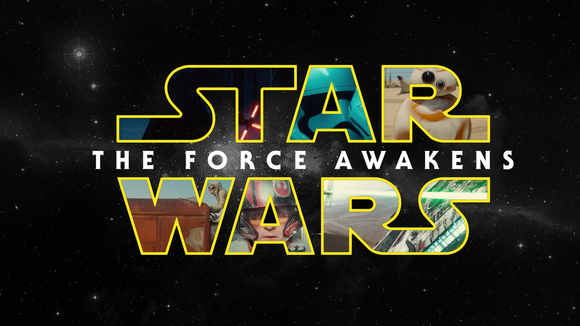 The Moon is in Leo. I had a lucid dream a week ago that my daughter would come under the Virgo Moon. Tick tock, tick tock!

In kickstarter news, we’re at $11,298 raised toward our stretch goal of $15,000 which will help me and my wife hire a part-time baby-sitter from our yoga studio community to help us out with our daughter around the studio and at home while we manage the studio, see our clients, and teach our herbal and astrology programs online. If you read my horoscopes or share my horoscopes, and if they are a meaningful part of your day, even if it’s not every day, please consider contributing to my fundraiser for 300+ more horoscopes in the year ahead.

Meanwhile, the Saturn/Neptune square is still very closely aligned. In light of revisiting the Narnia Chronicles with my daughter, and after realizing how closely aligned each of Lewis’ 7 books were with the traditional seven planets, I finally started reading a book I’ve had on my shelf for several years by CS Lewis, a book called, “The Discarded Image.” Without over explaining it, the last book of Lewis’ career is a kind of requiem for a bygone vision of literature, where great works of art were not only aesthetically beautiful but they also acted as constructions or elaborations of a cosmos or a cosmic/alchemical model….so that great art not only delivered the aesthetic response in the body but it also instructed the mind in the meaningful ordering of life’s experiences or reality itself. Toward the end of the book, Lewis writes, “Literature exists to teach what is useful, to honor what deserves honor, to appreciate what is delightful. The useful, the honorable, and delightful things are superior to it: it exists for their sake; its own use, honor, or delightfulness is derivative from theirs. In that sense the art is humble even when the artists are proud; proud of their proficiency in the art, but not making for the art itself the high Rennissance or Romantic claims. Perhaps they might not all have fully agreed with the statement that poetry is infima inter omnes doctrinas! (the lowest among all doctrines). But it awoke no such hurricane of protest as it would awake today. In this great change something has been won and something lost. I take it to be part and parcel of the same great process of internalisation which has turned genius from an attendant daemon into a quality of the mind. Always, century by century, item after item is transferred from the object’s side of the account to the subject’s. And now, in some extreme forms of behaviorism, the subject himself is discounted as merely subjective; we only think that we think. Having eaten everything else, he eats himself up too. And where we ‘go from that’ is a dark question.”

These are strong words from a man who was born yesterday, in 1898, with the Sun and Saturn conjoined in Sagittarius. Lewis was also born with Saturn in opposition to Neptune, and his words, regardless of whether we agree or disagree with his argument above, are excellent intimations of the Saturn/Neptune dynamic in general.

Lewis is saying that art should serve a higher purpose than itself. Whether that purpose is to instruct or teach us morally or spiritually, to aim our minds and hearts towards the sacred or mysteriousness of the divine, or whether it’s to model a cosmology or sacred architecture or some kind, art is not to be reveled in for its own sake or for the sake of the personal genius or style of the author. Whoa! Does that not completely offend our modern and post-modern literary ears? What about the idea that creativity is its own end? What about the idea that there doesn’t need to be some higher meaning or purpose within art or literature…but that words and language should be savored and enjoyed on their own terms, without any recourse to a higher construction, message, or model of some kind?

Here we are at the heart of a Saturn/Neptune discussion in literature. And for the most part I think it’s safe to say that for quite some time art for art’s sake has been the maxim we’ve come to appreciate the most. It is the high doctrine or dogma of the church of art. We no longer say “why” we’re making something and we don’t say what it means or what it models or how it instructs…no no…that is the equivalent of artistic heresy!! I’ll be the first to say that Lewis’ statement about poetry being among the lowest of the doctrines was downright offensive to my ears when I first read it.

But then, as I’m studying traditional astrology and reflecting upon the cohesiveness of its cosmic modelling, witnessing how precise and beautiful its delineations are and how my craft has become a great deal more succinct and accurate as a result of learning to see the chart in terms of both the poetic nuances and interpretive rigor of these ancient models, my heart feels sincerely sad that the love of pure subjectivity in astrology has closed us down, de facto, to the rigor of a more cohesive and objective system of insights or delineation.

Reflecting on these intellectual struggles and questions within myself is the basis for me writing about these things publicly. And yet…isn’t it more or less “objectively true” that even within our current archetypal model, the two planets most representative of the tensions present in this post are currently debating with each other? In traditional terms, Neptune has been striking Saturn with his rays, but Saturn has been in the superior square or position of domination over Neptune. A close contest, but perhaps Saturn has had a little bit of the upper hand lately. It’s hard to say…someone could easily suggest this assessment is merely “subjective.”

Returning for a moment to the idea that art should instruct or model something “higher” than itself…what I like most about this idea isn’t the idea that art is capable of apprehending “the Truth!” in some complete or literal sense…but more simply that the very activity of aiming our art toward something higher than itself is valuable for the life of the soul. For example, one reason everybody loves the Star Wars’ films is because the films are not only excellent pieces of art but also because the films model a cosmos filled with conflicts and spiritual dynamics similar to our own. The films instruct and guide us, just like the Lord of the Rings teaches us something about the corrosive nature of power. In many ways the absence of this cohesive moral/cosmic modelling in the second attempt at the Star Wars films is exactly why it failed. The film became all CGI and the moral/cosmic backbone of the films were lost. Star Wars became a model of itself…rather than something bigger. The question that looms right now is…”will it deliver the goods THIS time?” But what do we mean by “the goods?” With Saturn in Sagittarius I think we mean, “Will it model and teach us something as well as fill us with awe and imaginative richness?” Will it be substantive?

The hard thing about this conversation is that almost anytime you start having a conversation about “substance” you start to sound like a complaining old man or woman. And someone is bound to say, “the demand for substance comes from people who don’t have it.”

Last night I watched a film called “Winter’s Sleep,” and it was similarly about the way that a very virtuous, intelligent and kind old man was slowly suffocating those around him. Another very Saturn/Neptune film, and yet the film remained “instructive” as it was simultaneously one of the most beautifully shot films I have seen in a long time.

To conclude, let me admit that for the past year I studied the life and writing of James Hillman, who was also born with a Saturn/Neptune square. Hillman was very much a proponent of “art for arts sake,” or “the image for the sake of the image,” to the extent that he was rather saturnine and stoic about it. In fact, this was one of the main criticisms leveled at him..that he was rather monotheistic about being anti-monotheistic….or that he was rather rigid about subjectivity. As I’ve turned my studies to traditional astrology, post Hillman, I’m seeing just how much Hillman’s view reflects the modern position of astrology…especially when trying to wrap our heads around the divide between classical and modern forms of astrology.

Although I have no answers, this post reflects something like a turn to reflect upon the monotheism of subjectivity that I myself have been completely intrigued by in the past year..as I reached a kind of ironic limit and culmination within the subjectivist mindset.
​
Prayer: I’m really hoping the new Star Wars movie delivers the goods