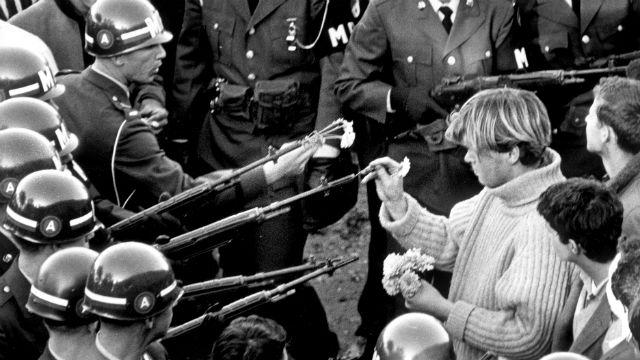 As Jupiter and Uranus close in on each other to perfect their opposition for the 2nd time we are preparing for the next critical turning point in the year-long dance between these two planets.

Here’s how to read this transit both personally and collectively, plus today’s forecast:

* When we pit Uranus in Aries against Jupiter in the balance, well, look around! Jupiter in the balance wants order, peace, checks on power, reviews, and fair minded diplomacy. Jupiter in Libra is the dignity of the peace-maker, the poise of the ambassador, and the virtues of justice, kindness, patience, and harmony. Jupiter in Libra asks us to judge or discern wisely, to not rush to conclusions, and to consider results evenly against all the facts. As Jupiter is currently retrograde in the balance, Jupiter is moving backward, in an act of revision, toward an opposition with the fiery rebel in the home of the ram. Justice, fairness, equality, patience, and the law, are moving into a conflicted, tense, and creatively dynamic relationship with the lightning rod rebel. The system will be changed, battered, and challenged, as much as the rebel will be taken to task, or held to answer before the higher powers. The rebel isn’t above the law, but the law is always subject to hypocrisy and abuse. For these reasons it’s hard to separate truth from faction, fiction from a just cause, and empowerment from hatred.

* Though all of the above make the most obvious sense politically, these themes are personal right now as well. Look to the Aries/Libra ruled places in your birth chart, and consider that we are each potentially riding a fine line between breakdown and breakthrough, revolution and irreparable damage to a working system or relationship we are perhaps undervaluing personally. Also, remember that powerful surges of creativity, resistance, and opportunity should be held in check by careful consideration, balanced judgments and cautious diplomacy.

* Meanwhile, Mars is coming to intensify all of the above in the next few weeks, and it’s more than likely “shit will get even wilder.” We also have a solar eclipse coming through. No joke, this is one of the more intense series of transits in 2017…even though we’re only a few months in…we’re living in an intensely revolutionary moment. For many it will be just as revolutionary on a personal level as it will be on the collective level.

* Finally, despite all of the drama above, today the Moon has several very nice and smooth aspects, including a trine to the Sun, which is generally very supportive, productive, and auspicious. When the lights connect harmoniously, support comes, doors open, and we find what we’re looking for, or we receive that nod of assurance that we’re moving in the right direction. So use today’s window of support wisely!

Prayer: You say you want a revolution, well you know, we all want to change the world!