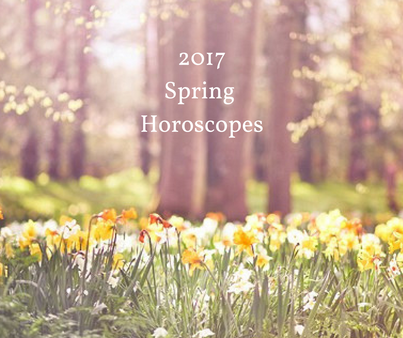 Here’s what to watch for as the Sun crosses the zero Aries point!

* The sudden feeling that you can do anything, starting now!

* A powerful statement, the beginning or initiation of something.

* Because Mercury is emerging from under the beams of the Sun just as the Sun is crossing the zero Aries point, we have the theme of messengers, messages, communication, and information emerging from where it has been unseen, gestating, or hidden. The revelation of this information will catalyze or initiate a powerful new era, or chapter within a larger process. Think for example of the fact that the FBI director is testifying today, of all days, in front of congress!

* Remember that the foundation of every chart that we cast in astrology is the ascendant, the place where all planets and stars along the ecliptic first appear in the visible sky. Zero Aries marks the same place, symbolically, in the celestial year. At zero Aries the Sun crosses the celestial equator at the halfway point between the winter and summer solstices, effectively rising into the upper half of the solar year. Both this point and the ascendant therefore share the similar theme of emergence into the “light,” for the solar year it’s the light half of the year, for the 24 hour day it’s the light half of the day (again, marked by the ascendant).

* In the original “Thema Mundi” teaching chart from the Hellenistic era, Aries fell by whole sign houses onto the MC or 10th place. Cancer was on the ascendant. Firmicus Maternus wrote, “Now, why did they want the beginning of the twelve signs to be from Aries?…Therefore, considering again the Nativity of the World, which we have said was composed most prudently by the wise men, I have found that the MC of the nativity is placed in Aries. And so, on this account, because frequently-indeed always-the MC possesses the principal place in all nativities, and because that house is located above the prime vertex, and because it is from that house that we collect the foundations of the whole nativity–appropriately then, the beginning of all signs is given from that sign…”

* Zero Aries marks the full thrust and catharsis of the new year, finally taking hold. In the next 30 days we’ll see the full ignition of 2017. Even though there has been this prelude of incredible events the first quarter of our year, from this moment forward the year really gets going!
​
Prayer: Ignite within our hearts the wild fires of spring. Make our actions young but discerning, bold but patient, passionate but steady.