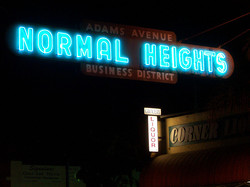 With the void of course Moon in Gemini, let’s reflect upon how many things we are…how many angles and sides there are to each of the labels and adjectives we use to describe ourselves, to describe each other, and the world we live in…

While corresponding with a student recently about this very subject, I used this example…

That guy says to me, “You’re an ASTROLOGER?! That’s so weird. So not normal.”

I have a choice…I can respond from that overly simplified idea of his…or I can respond from my soul…the culture of my soul…where the word “astrologer” is a moving animal…an ancient color wheel…a peasant village, a stone temple, or public plaza…

So I say, “Which Astrologer?”

Exercise of the day: practice looking at yourself, and others, from a dozen more angles than you’re used to…the point isn’t to make something prettier…it’s to make it deeper by the careful process of diversification. The particulars are many and their images bright…if we only take the time to interrupt our grasping certainties.

Prayer: normal is so many different normals, until by so many points of normal light…

Image by courtesy of Tobin, at creative commons image licensing.