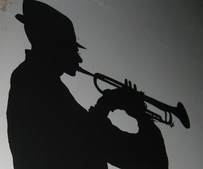 The last quarter Moon has just turned void of course and is traveling through the via combusta (also known as the “fiery road,” the via combusta represents a stretch of degrees from 15 Libra to 15 Scorpio that is thought of as a particularly difficult area of the zodiac for both the Sun and the Moon).
Meanwhile, Mars in Pisces is about to square Saturn in Sagittarius as it conjoins Neptune.

Themes and a few images to watch for:

* Irritability that leads to a dramatic inflammation
* Facing our deepest inadequacies and asking ourselves whether or not they are real, or how real, and if so what to do about them
* Confrontation with religious, spiritual, or philosophical authority figures
* The priest desires the disciple, the guru sleeps with the student, the student tempts the teacher
* Sexual scandal in institutions of higher learning or religion
* Fighting for an ideal that’s not your own, your fight benefits something you’re not truly concerned about
* Being used or using someone else for your own selfish gain
* Charity and false or secretly selfish charity
* A man with a skin rash
* Intoxication or Poisoning (CNN Image: A village in Mozambique loses 69 people to poisonous local alcohol drink)
* No method or tactic too low or out of the question
* The religiously motivated attack
* A statue of Mars, a ceremony at the temple of Mars
* Trying to start something new but feeling blocked, scattered, or overwhelmed
* “Slow and steady wins the race”
* A come from behind victory
* Withholding or limiting ourselves for religious or spiritual reasons
* Repression or unnecessary restrictions

With Mars/Neptune and Saturn/Neptune combinations there is also a subtle theme we might call “trying to hide our ugliness.” We can talk about this a few different ways…

First the word ugly comes from the words for “dread” as well as “misshapen.” The Greek roots of the word also have a relationship to the word “dyslexia,” which is a learning or reading disability that creates various reading/speaking and listening problems with words and sounds. One of the most common things we like to say about the attempt to hide our ugliness is that ugliness is nothing more than a kind of perceptual distortion…an aesthetic dyslexia that can be worked through just like people can learn to read or speak correctly though they hear and see words backwards or in reverse. With practice we can learn to see what is misshapen in a different light. The idea here being that ugliness (like beauty) is in the eye of the beholder, and that all things are beautiful when seen in the right way.

On the other hand, the heroic approach says that we need to confront our ugliness. Do the work to change it. A new workout program. A new attitude. An adjustment. A fixup. A project. A trophy. With the right attitude anything can be overcome. So we knuckle down and try to transform our deformities.

The heroic-spiritual approach says that we need to accept our ugliness. We need to change what we can and accept the rest. Decorate our fat rolls with magic markers. Flaunt our troubled pasts because they’ve made us into the shaman-wizards we are. Stick up relentlessly for all underdogs because we’re all destiny’s student of the week.

Finally, there’s the Jazz approach. And I think this is the least understood of the bunch. It’s the approach that lives with the complex recognition of the entire complex. We spend so much time trying to hide THAT we’re trying to hide the ugliness, that we forget that “trying to hide the ugliness” is a beautiful thing itself. Or at the very least it’s an interesting thing. It’s its own animal display. A unique pattern with its own dimensions. Take for example a Jazz improvisation on the trumpet. During a solo riff the player hits an awkward note. It’s clearly not the note he meant to hit. It’s clearly off. It doesn’t sound right. It’s not harmonious. It’s discordant. Grates the ears. Trying to hide the ugliness the poor improv player returns to the right notes and plays them even louder, and even faster, trying to make up for his mistake. The entire audience sees the pattern: embarrassed musician trying to make up for his miscue. On the other hand, the Jazz player when hitting the wrong note might simply choose to hit it again, and then again, until something new comes out of it, and the mistake is deliberately hidden, for everyone to hear and see. This is what I would call the Jazz approach to hiding our ugliness.

On a side note: It’s my opinion that overused, viral sarcasm memes are probably our single most societally cliched way of hiding ugliness…these sarcasm frequencies start off as excellent examples of the Jazz play on ugliness, but they too often end up as that “louder and faster overcomes the flaw” mindset. Sarcasm “channels” in the popular mind make the hiding of ugliness into a bland technique rather than an organic process of discovery that stays close to the uniqueness of whatever is ugly in the current moment. Without variation and diversity, specificity and attention, even ugliness can become objectified.

Prayer: real music takes an ear for the ugly…there’s no soul without some old-fashioned ugliness

Image by courtesy of lindapendant, at creative commons image licensing