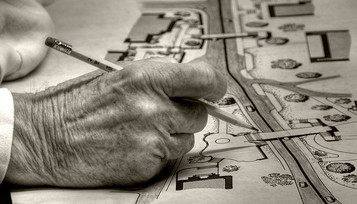 The Moon is void of course in Cancer today, just past full.

Meanwhile, Mercury has just entered Aquarius and is conjoining Venus in Aquarius, while both are closely sextile to Saturn in Sagittarius. Let’s look at some images that reflect this planetary alignment. Remember that working with archetypal images isn’t so much about decoding or translating what they mean in some literal sense, but rather allowing the layers of their meaning, and the imaginal worlds of the imagery to enter and relate to your own life and all of its own images in an open-ended way.

Here are some Images for our Mercury/Venus conjunction as it sextiles Saturn:

* A young woman speaks a new idea to a group of people, its taken more seriously than she imagined
* A new trend hits the marketplace, has the power to change conservative minds
* An architect lays his plans out on the table for everyone to see…excitement
* A new course of study, a young man makes a list of new things he would like to learn, wants to be in the know
* A young girl has just moved to New York, stands on the Empire State Building and looks into the future
* An old man wanders a busy museum, feels less lonely
* Structural changes to an old document are suggested, the group agrees
* A new idea about an old subject is presented through the media, enlightens many people

In other astrological news, the Sun is separating from Pluto in Capricorn…here are some images that reflect this alignment:

*Remodeling an office or workplace
*A maintenance man drilling a name plate into a new office door
*A man gazing up at a tall stone statue, paying his respect for the dead he admires
*A mountain climber meets his death…a group of fellow climbers hike to plant a flag on the side of a cliff
*A woman walking alone on the rocks near a dark ocean, nearly falls, sits down, knows now what she has to do

In both sets of images today we are seeing the planetary dynamics reflected, but we are working to stretch our vision of them beyond the mechanical archetypal language, which can become (like anything) stale and lifeless. Of course the archetypal dynamics are still there…we’re not just coming up with any image whatsoever. For example, in the Sun/Pluto in Capricorn imagery…in all the images we are seeing a combination of Capricornian coldness, ambition, determination, control, hard self-centeredness, and the concern with legacy, combining with the Solar qualities of radiant light, growth, rationality, excitement, joy and destiny, combining with the Plutonian qualities of depth, power, transformation, foreboding and death.

Most students of astrology are taught how to speak in the archetypal terms above before they are taught to honor the intuition’s ability to see/feel and sense these images when they look at charts. After nearly five years of practicing professionally, myself, I’m only recently realizing how important it is to honor the role that the visionary imagination plays in astrological interpretation. Of course, all of what I’m saying here is also a precise reflection of the Venus/Mercury and Saturn combination in the sky right now…a new idea that honors imagery first (Venus/Mercury) shared on a public blog (Aquarius), has the power to shift conservative or more mechanistic philosophies, or is being presented as a serious and weighty principle (Saturn in Sagittarius).

Prayer: “The soul is constituted of images.” (James Hillman)