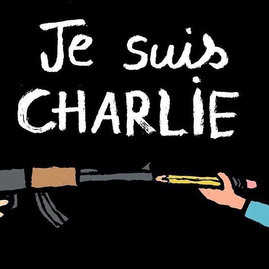 The Moon is in Scorpio today, still moving through the via combusta and applying to square Mercury and Venus in Aquarius later this afternoon before a sextile to Pluto.

When planets like the Moon and Venus get into a more stressful dynamic with each other we have to look closely at the signs to get a better sense of what the tension might look like. After all, the Moon and Venus tend toward similar qualities…they both enjoy beauty, warmth, and relationships. They are both thought of, traditionally, as more “feminine” planets, and they are both a big part of the smoothness, flow, harmony and pleasure of our everyday experience.

What generally happens when the Moon is squaring Venus is that a particular emotional desire or way of seeing/feeling and relating is at odds with another way of relating. For example…with the Moon in Scorpio it might feel like a very good day to go deep. Talk to just one or two close friends about what’s weighing on your heart, reveal your secrets, or fall into the bed with your lover for an entire afternoon or evening. On the other hand, your friends want to attend a big workshop at a popular yoga studio, or watch a sports game with a group of friends at so-and-so’s house. Venus in Aquarius is more inclined to group or learning environments, places where ideas are buzzing and progress is possible. You might feel like going to the museum while your boyfriend wants to watch horror movies or talk about something you’ve both been avoiding.

With Mercury in the mix of the square it’s likely that these conflicting styles in the air today will have something to do with communication, ideas, thoughts, and information. The Moon in Scorpio will appreciate the deepening or complicating of popular or progressive ideas. “That’s a very sexy idea,” the Scorpio Moon says, “but I’d like to see it naked,” or “I’d like to spend more time with it in private.” The Aquarian Mercury/Venus combination might feel offended…”Why does everything have to be so heavy? Why so serious? Why can’t you just feel light and free?”

Yesterday in one of my online courses, one of my students pointed out that there is a connection between Scorpio and Aquarius involving the controversy of charged feelings and ideas. She was spot on. Whereas Aquarius often feels alienated or ostracized because of revolutionary ideas, Scorpio is often ostracized because of their attraction to the unconscious, taboo, or deeper feelings and subjects. One might be more cerebral while the other is more emotional, but both fixed signs are catalyzers.

Recently, for example, I spoke to a client (whose chart is in some ways very representative of the Aquarius/Scorpio square) about the Paris shootings at the Charlie Hebdo office. He said something like, “I’ve been really confused about it, actually. I’m all for freedom of the press, and obviously terrorism is something to stand united against, but I’m also upset that we’re not talking about some of the offensive depictions and insults toward Muslims or the religion of Islam that were part of the magazine.” He then said, “I feel like talking to people about it, but I’m also worried that I’ll be misunderstood.”
I shared with him my recent complicated feelings about the Eric Garner case.

Recently I was at a football game where there were vendors selling “I can’t breathe t-shirts” for $30 each. I heard a caucasian man say to the black vendor, “shouldn’t you be giving those away for free?” and the vendor, who was part of the home team crowd said to the visitor, “scoreboard bitch, looks like you might need one of these shirts because your team is choking.” Both men were morbidly obese and proceeded to get into a racially charged shouting match with each other using the “I can’t breathe” slogan as an insult toward one another (which was also being used as a crowd taunt by more people than I could count throughout the game). This within days after I had posted my own complicated reactions to months worth of considering the Eric Garner tape as well as the jury’s decision not to indict the police officer who used the illegal choke hold.

Another example. What if someone attacked the writers/creators of South Park because of something offensive that the South Park TV show had aired? At the most obvious level of course its awful. Of course. But on another level, isn’t there also an opportunity for us to talk about our fascination with “no holds barred” humor? Sure, nobody ISNT a potential victim on a show like South Park or a satirical magazine like Charlie Hebdo, so there is an odd sense of fairness in it, and by all means this is all part of the freedom of speech, but at the same time, isn’t it also quite normal for many people to have adverse feelings about making fun of or satirizing anyone or anything too intensely? No matter how “deserving” someone might be or how egalitarian the view of satire…isn’t it normal to think that some shows or comic strips go too far?

I have known many very intelligent and very funny, good people over the years who simply can’t get into shows like South Park, for example, because the satirizing spirit feels too passive-aggressive, or even malicious to them. My client’s point was that he felt alone in his perceptions and feelings…like wanting to talk about this deeper level of the subject would alienate him or make his friends think he was somehow victim blaming.

The complication of today’s Moon in Scorpio square Mercury and Venus in Aquarius is echoing the Uranus/Pluto square because Scorpio is ruled by Pluto and Aquarius is ruled by Uranus… and so we may see these dynamics playing out in small personal ways like the ones I started with or larger societal ways like the ones I just finished with.It’s important that we understand the dynamics of these larger planetary cycles.

During the 1960’s, when the Pluto-Uranus cycle opened, the planetary qualities were fused together and created the feeling of something new. The Promethean qualities of invention, rebellion, progress, and liberation were married to the themes of taboo subject matters, depth, power, transformation, and the unconscious, and the overall effect was to create deep, penetrating, complex forms of liberation and change. Now the story is different. During the opening square of a planetary cycle the planetary qualities are differentiating from and challenging each other. This means that not everything that is deep, complex, and powerful (Pluto) is necessarily revolutionary, inventive, or liberating (Uranus), and not everything that is liberating or revolutionary is necessarily deep, complex, or powerful.

This is why the images of revolution that we are seeing are so much more complicated, contested, and disturbing than they were in the 1960’s. For example, one of the major criticisms of the occupy wall street movement was that it was all rebellion without a deep enough sense of practical purpose. As the criticism goes…it wasn’t at all the 99%, it was more like a mega-rally for people who simply like to rally. Mob-mentality without depth or focus. Whether this criticism is true or not (its already been debated endlessly and I’m not taking sides here) it was the major criticism and popular response by many people who weren’t moved to join or sympathize with the occupy movement. The Uranus side of the argument respond by saying, “The images of change on the level of mass consciousness itself are enough.” The Pluto side says, “Nice try; you still wish you had been popular in high school, and that’s the part of this behavioral pattern that you’re in denial about.” Again, the point isn’t to reengage the debate from one side or the other, or to accuse anyone of anything, but rather to simply recognize that the entire complex is indicative of the Pluto/Uranus dynamics differentiating themselves rather than being wed together right now.

Another example..the election of Barack Obama into office. Revolutionary and deep or just one without the other? The debate has been endless. Some would say that electing a black man to office, alone, regardless of his substance as a leader or person, is enough. Others would say that the celebration of Obama’s racial victory without deeper analysis of his political decisions and legacy only perpetuates superficial images of both race and progress.

Make no mistake, the dynamic can miss something in either direction. Too much depth and complexity and we can’t catch the simple, revolutionary wave. Too much Pluto might mean nothing gets done and we secretly blame victims or condone the continuation of some sick pattern. But at the same time, too much reactionary progressivism and our changes will be nothing more than trends.

So…all this being said, what will we do today when it comes to our relationships….fall into the bedroom for the night with Scorpio or attend the local workshop with Aquarius? Unless the local workshop involves falling into bed with someone, we might have to get creative or find a way to compromise between the planetary dynamics today! smile emoticon

Prayer: not everything that is deep and complex will create progress and change, and not everything progressive or group minded is actually deep…help us to become better students of these dynamics…

Image by courtesy of at creative commons image licensing