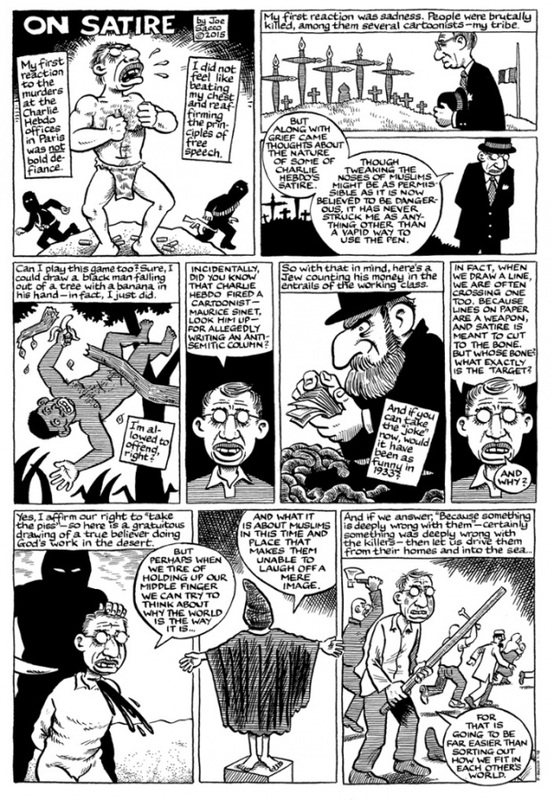 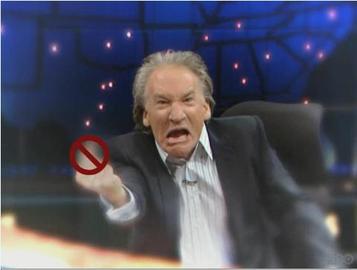 The waning Moon in Scorpio will square Jupiter in Leo this morning before sextiling the Sun in Capricorn and then turning void of course.

As Saturn continues its grand entrance into Sagittarius we’re already getting a sneak peek at some of the more challenging themes of its new sign placement. A few to look into for today include the nature of truth as well as the nature of law (societal and karmic or spiritual law alike), the fixity or rigidity of holding any kind of truth we value (how hard should we hold/express what we believe?), and the nature of the priesthood (all different kinds of priesthoods, not just religious ones). Let’s look at the complications of all these themes in greater detail, and let’s look at the Charlie Hebdo event as kind of imaginal anchor for this exploration.

At first glance the shootings at the French satire magazine look like an obvious and simple case of terrorism, and really in the most simple sense that’s exactly what they were: murderous, hateful acts committed by religious extremists. A challenge to our freedom of speech, our freedom of mind, our freedom of humor, and the freedom of the press in a free society (especially France whose national history has been such an important part of revolution on our planet!). For all of these reasons it’s clear why so many people rallied and marched together to support the continuation of these rights and freedoms. As a professional blogger myself, these rights are fundamental.

However, we can’t stop here. Or we can, but if we do then we won’t have the opportunity to look at the more complex and challenging layers of the conversation that are happening in the aftermath of the shootings, all over the world (including the magazine’s offensiveness to millions of non-extreme muslims). It’s my feeling that it’s possible to enter into the more ambiguous or grey-zone areas of events like these without being ignorant. And so with that in mind, let’s continue…

The problems begin when we begin to contemplate the nature of what satire IS and what satire DOES a little more carefully. The word “satire” has a complex etymological background, which relates the word to others like “satiate,” and “sad,” as well as “satyr” and even “Saturn.” Interestingly enough, the word ‘satyr’ refers to a horse/man/goat like mythical creature, whose relationship to the sea-goat of Saturn is obvious and whose famous trouble-making is as old as the romping of centaurs (Sagittarius’ constellation image). The work of the satirist, according to an interesting academic paper shared on the “Sarcasm Society” website is defined as follows: “Satire is an indirect form of critique, in that it mocks or attacks an individual or idea by proxy. Satirical speech and literature is generally used to observe and judge the “evils” or morally questionable ideals held by individuals, groups and sometimes entire cultures. The attack itself is derived from what is known as the satirist’s social motive–these critiques illustrate what the satirist, within the context of their own world view, believes is “right” based upon what they ridicule as “wrong.”

The challenging part of this definition arises when we recognize that satirists are not free from their own guiding set of beliefs, dogmas, and moral or philosophical claims. In over a dozen websites that I researched this morning, all sites define the genre of satire as a political, social, or philosophical “attack,” made through the use of artistic, poetic images or speech. What makes satire so important for our society is the idea that we can use art alongside of ideas to argue and debate the nature of truth with each other. For this reason alone, Satire has existed for thousands of years, since Greek and Roman times as an effective political and social weapon. The pen, along with the crayon and the cartoonist’s pencil, is often truly mightier than the sword.

At the same time, the very archetype of using humor and art as a weaponry of ideas has always been, by its very nature, something that tends to offend people. It offends because its very nature is aggressive and confrontational, as well as cathartic. This is why so many people are having complex reactions to the Hebdo shootings. It’s not that anyone would standby and condone murder (for the most part). It’s that the response to these murders has generated a conversation about ideas, about truth, and about the freedom of the press or ideological freedom in general.

Where is there a line of respect for the diversity of beliefs in our world? When does that line become censorship? Should we celebrate the trashing of religions and faiths through pointed humor, or do they have it coming because of their history of rigidity and intolerance? Should we find more considerate ways of debating? Does one ideological attack, no matter how humorous, invite more of the same, or should satirical media outlets be granted amnesty under the law…we turn our eyes away from the nature of satirical aggression because it’s form of aggression is 100% protected by law? Is satire its own dogma? Are there high priests of satire, secretly furthering their own secular/atheistic/materialistic agendas through the constant leveraging of easy ideological targets?

Take Jon Stewart, for example. A double Sagittarius. I once heard Richard Tarnas call him a “high priest” of the media, a sort of high priest as satirist. Millions of people worship at the temple of the Daily Show, specifically because it is a kind of charismatic, evangelistic roasting of current events around the world. Stewart, using brilliant satire and artistic humor and images makes moral attacks upon whoever and whatever appears most dubious. He is purposefully inflammatory, in the same way preachers purposefully amp up a congregation for the sake of religious catharsis. And yet, for as successful as Stewart is, I’ll never forget the night when I came home from an ayahuasca ceremony and had to turn off the television because I found his voice and his aggression entirely off putting. Obviously I was in a very particular state of consciousness, but many people have the same reaction to satirists in general. They simply don’t like the tone..it feels passive aggressive (certainty and self righteousness disguised in open mindedness).

Another example, even more challenging for spiritual people, is Bill Maher. Yesterday a Salon article featured Bill Maher saying that nobody should make choices based on ancient myths. He said, ““It seems to me the most obvious decision a person could make in their life,” Maher explains. “Do I want to make real-world policy decided on the basis of proven facts and the reaches of what humans have gotten to do in science? Or do I want real-world decisions made based on ancient myths written by men who didn’t know what a germ or an atom was, or where the sun went at night?”

Maher, like many satirists since the Roman and Greek times, are often unconsciously acting out the priesthood of secularism. Ironically, the archetypal pattern Maher is acting out here is as old and mythic as any other. Whether its modern scientific fundamentalism or Islamic or Christian fundamentalism, the point is that satire is often just as dogmatic and aggressive as any set of religious doctrines. Progressive, reactionary, freedom oriented thinking, that uses pointed insults, mockery, and passive aggression in the press, is participating in the war of ideas.

It’s not something we can avoid or get rid of (nor should we). But with Saturn in Sagittarius, as the dispositor of Pluto in Capricorn square to Uranus in Aries, we are being challenged to examine the deeper ways in which religiosity of all kinds permeates our world. Saturn as the lord of karma is different than a victim blamer. Saturn is the planet whose nature best embodies the “opposition” aspect in astrology, since its sign rulers are the direct oppositions to both the sun and the moon’s signs. Saturn is always showing us what we are and what we are not, in the clearest and often most difficult sense. To learn how to see the dynamics of Saturn we have to be very careful. Saturn rules the archetype of the “scapegoat” because looking at how conflicts implicate both people or both sides of an issue can always tip over into victim blaming. This is why Saturn’s exaltation is found in the balance and justice ruled sign of Libra (the scales).

Using a careful, exalted in Libra kind of evaluation, it’s never about making the victim and the aggressor equal to each other in some abstract or dehumanizing way. It’s about understanding how the nature of who the victim was, what myths they were living, and what the shadows of those myths were about, imply or involve the persecutor. In this instance, the point that many people sense and feel is that the nature of satire is aggressive, can be its own form of dogmatism or self-righteousness, and therefore MTYTHICALLY it implicates itself into the war of ideas and beliefs that unfortunately can play itself out in situations like the Hebdo shootings. It’s ironically even MORE Sagittarian to explore the events in this way. Rather than taking something at surface value and making the event about just ONE issue, the desire is to stretch out beyond what is known and explore things further. This is the strange combination that comes up when the sign of Jupiter (possibilities, freedom, and expansion) meets with Saturn (fate, limitation, and rigidity). The upset that people have around the marching and “freedom of press” fist pumping isn’t about whether or not the press should be free, in other words, it’s about the knee jerk reaction to take the deaths of these individuals and transform their deaths into yet another ideologically rigid tirade. The deeper question is about ideological tirades in general. The question is about truth and freedom, in general. The sense is that we live in a world where fate is also part of how things play out. Limitations and “cause and effect” are also part of how things play out, spiritually and psychologically. Does freedom have to be absolutely free, or can it have a relationship with the fates? This is a question for the French and American psyches right now, clearly, as well as the global psyche. These are all instances of Saturn in Sagittarius.

To conclude–I have no answers. I myself have a Capricorn Moon (with Saturn ruling my moon from the sign of Libra but also in conjunction with Jupiter!). My moon is also in the 9th house of Sagittarius. I believe these kinds of contradictions are an essential part of why I’m an astrologer. To me it’s important that we look at the mythic dynamics of all these patterns in order to understand the relationships between them…by doing this I’d like to believe that we’re making greater space for the diverse structures of each other’s worlds.