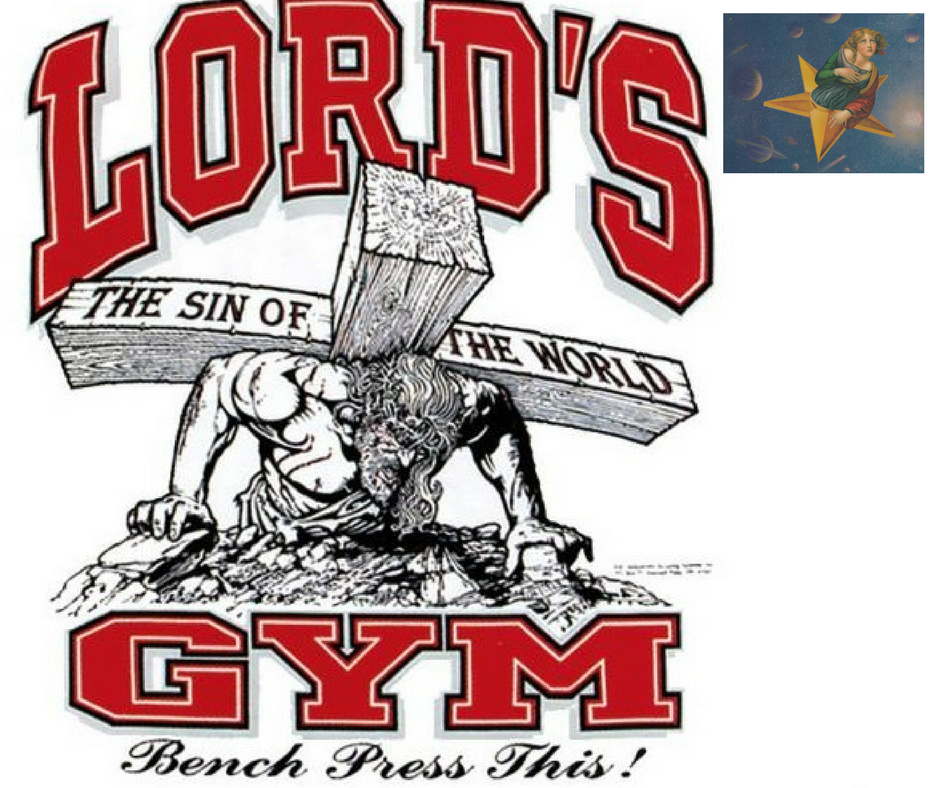 A memory of Mars and Saturn…or the limits of what we can lift.

When I was a kid I had two posters on the wall directly behind my bed, which was two mattresses laid on the floor because I didn’t like the little-boyishness of my bed frame. On the one side, to the top right behind my head was a graphic of a white and roid-rage looking Jesus, doing a knuckle-fisted push up with the cross on his back, a crown of thorns on his head, and the words “The Lords Gym: Bench Pressing the Weight of the World.” Next to that was a picture of the album cover of Melancholy and the Infinite Sadness, by the Smashing Pumpkins, a picture of a disturbed looking Victorian woman, perhaps hysterical or in a trance, emerging out of the heart of a star set among the planets.

Those two pictures are an image of my childhood ecology and everything else, really. I was born and raised in a Methodist church. A hollow wooden room, with high ceilings, and an altar with baptism water, and candles, and a country choir, and solemn hymns sung about an executed man who died and lifted the weight of the world like a real Christian. That and the weight room of the high school football team, somewhere in the background, just a few blocks away, standing like a promise on the Friday night horizon of 17 or 18 years old.

It’s a blessing that I couldn’t take my eyes off the disturbed and entranced woman birthing out of the star, set among the planets. It’s a blessing she was there too. Because she was the one who helped me to somehow conflate the sadness, and anger, and desperation…the confusion, and denial, and weakness alongside the bench pressing Jesus.

Because we are adorned by our weaknesses, not our strengths. We are asked to collapse under the weight of the world, and to be born out, hysterical, through stars.

We are asked to to become the midwives of Christ, not Christ itself.

We are asked to imagine walking on water, rather then measuring the densities we can or cannot carry, the densities someone is or isn’t responsible for.