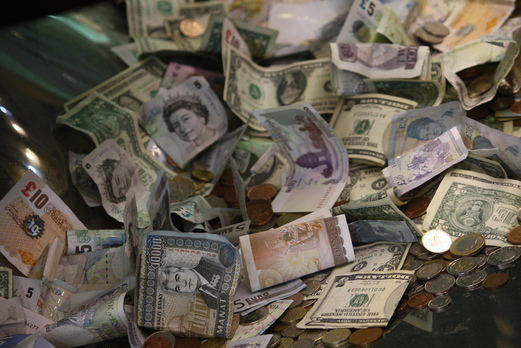 The Moon is in Cancer today, just finishing its intense first quarter phase and now moving into the waxing gibbous.

A meditation on the Pluto/Uranus square and the subject of “individuation.”

We often think about individuation in purely solar terms. Who am I and what am I becoming? What is my mission? My journey? My quest? My purpose? My intention? All of these phrases have an upward aspiring quality…a hand reaching or prayer petitioning the gods, specifically the “One” most mirrored by the “One” asking: the self. Even though we might want to ban some of these cliches from the temple, like Jesus driving out the money changers with a whip, they aren’t mistaken or misplaced mythic images. We don’t solve the cliche problems by banishing these spirited players. What’s needed to counter their monopoly in our consciousness is the reminding words and mythos of the soul…

Hades/Pluto is good for this. A god who was often imaged like his brother Zeus, as an eagle, and yet whose dominion was the opposite underworld to Zeus’ overworld. Not a literal “below,” given to Pluto, but an invisible “below” or imaginal “within,” a secretive depth and an unfathomable timeless perspective flowing through time. The immemorial memorial of each event in time, always an end in itself because of the limitless soulfulness given to each event by Pluto’s perspective. The word “Hades” in fact means “riches.” So from the perspective of death, from the perspective of the eternal soul, each event is an “end” unto itself. Pluto is a planet of endings…where endings means the capacity to see the UNending in each thing…where each moment is already eternal by its nature in death.

This view should feel difficult to understand because it is an upside down kind of view. It is a “going down to go up” kind of philosophy, we might say. For example, take the idea of enlightenment. Take the idea of individuation. Take the idea of the evolution of human consciousness, or even evolutionary biology. What happens when we see these ideas in terms of the “riches” of Pluto’s perspective? They each become the living dead. They each become unending caverns of fathomless eternity. They are ALREADY this way, before we’ve put them into action or realized their intended goals in any literal or “real” or “metaphysical” or “spiritual” or “earthly” sense. So while we are on our “journey” through lower levels of consciousness toward higher realms (soaring with Pluto’s brother Zeus), the journey has already also been outside of time, incapable of accomplishing anything literal, invaluably rich, lit by the flames of an eternally animating and polymorphous perspective, but also empty, void, dead, cold and killer clear as ice.

No offerings were given to Hades in the Greek imagination. His face was rarely shown. He was not to be persuaded. He was not to be convinced. He had nothing to give by petition because his perspective afforded EVERYTHING its already limitless wealth.

So when we talk about individuation, what are we talking about? In one sense, nothing. It’s an idea, a myth, an imaginal realm that is one of an unending amount of imaginal realms, all of which are eternally wealthy, eternally rich. But on the other hand, we are talking about the ‘depth and death of literalized riches’ toward which our particular idea of ourselves, our particular gold coin of ego, is motivated to enact for the sake of the growth of its own soulfulness.

In evolutionary astrology, Pluto is rightly imagined (in my opinion) as the deepest motivation, “end,” or telos of the soul. When we live in the direction of our Pluto placement we find the perspective of the soul, which is the upside down, already wealthy kingdom. When we find the territory of Pluto in our lives, we find that point of view where each marginalized event in and of itself is understood as beyond time while within it.

The place we might consider diverging with evolutionary or karmic astrology’s core philosophy (again, just my opinion) comes when considering the greater metaphysical “goals,” which in and of themselves are ironically not taken from the viewpoint of Pluto, or not well enough distinguished from Pluto’s brotherhood with Zeus. When we view the “journey of the soul,” as a literal journey through progressive reincarnating states of consciousness toward fusion with a godhead or some kind of enlightenment, then we read the soul, we read the wealth of hades, like its a zeus colored coin purse funding our road trip to the Taj Mahal. We don’t step back to consider that every “journey” to enlightenment is secretly and invisibly the road back down to death, where again the already limitless wealth of eternity swallows us. Pluto’s position in our birth chart, or in the sky, isn’t therefore about the evolution of the soul in any literal sense but rather about its “already eternal” nature, seizing us invisibly, potentially violating our egos (seizing back our stolen coins but replacing them with a treasure chest).

Because from Pluto’s perspective, whatever journey we take, however fixated on our intentions, on higher realms, love, utopia, or enlightenment, or if it’s simply about mastering video games in the basement and writing dungeons and dragons fantasy novels, or if its about religious holy war, or liberal media protesting or conservative bible backlashing and rifle waving…all of it is already unendingly rich, eventually dead, already dead, and more alive than we tend to recognize. More alive than we tend to recognize because invisibility is essential to Pluto’s nature.

How does this apply to our current Uranus/Pluto square and this current eclipse cycle?

Well…individuation (Uranus) is happening in some super “conscious” looking ways. The journey, the development, the progress, the feelings of fate and karma…all of these purposeful Zeus like qualities are very strong right now…we’re breaking ground, the past is coming to get us, we’re finding new courage and the wisdom to face it all in a different way. Course corrections are coming left and right for many of us..and it’s all very liberating and exciting even if its scary. And yet..at the same time, with Pluto in the mix, we are being asked to consider the upside down point of view.

We are moving forward in a way that might be shattering to our notions of progress, our ideas of who we are or what’s right or what we deserve or desire. We are being disillusioned, like Pluto has grabbed a little miniature doll version of each of us and shook us upside down until the coins we stole from him are shaken out of our pockets and we can see clearly again the mountains of gold below each and every last moment of our lives.

If we don’t go through the experience of our dreams and goals being annihilated from time to time..if our plans don’t fail, our vision of the cosmos doesn’t get shattered, our psyche’s exploded by confusing insights in the opposite direction of whatever we hold most dear, and the rug pulled out from underneath us, then we will forget the realest riches…the invisible lord of soul that has no need for singular meaning or ultimate purpose because there are too many meanings and ultimate purposes to count…so much wealth its turns to a pile of shit if you try to count it! smile emoticon

Prayer for the day (an imaginary conversation with Pluto):

Hero: “So what’s the point of anything then?”
Pluto: “Look around you! The idea of a ‘point’ has it’s own cave down here, filled with gold just down that corridor to the right. Everything here has its own limitless storehouse of wealth and value.”
Hero: “But that makes me feel like life isn’t worth living. If everything is equal.”
Pluto: “That’s greed speaking. Equality can be a very greedy idea.”
Hero: “But it’s not just greed…in my world some things are noble and true and others are not. Surely your perspective isn’t the only one? Wouldn’t that be a different kind of greed?”
Pluto: “That’s wise. But it’s also true that you never would have asked that question without coming here.”
Hero: “So you’re not trying to monopolize. That’s relieving.”
Pluto: “The idea of monopoly is somewhat trivial to my world.”
Hero: “I don’t know what to do with all of this…”
Pluto: “That’s why all heroes come here for perspective as well as the conquering…”
Hero: “Yes, I’ve fought dragons down here before. I’ve had great victories and accomplishments down here in the past.”
Pluto: “Yes but you should realize that these kinds of achievements are unlimited, as are the failures. All share in my wealth.”
Hero: “It still feels like a pointless perspective.”
Pluto: “That’s because it’s hard to imagine ourselves without a hero.”
Hero: “Is this my death?”
Pluto: “Not literally.”
Hero: “Will I be reborn after this?”
Pluto: “The concept of rebirth in your world right now is too much jingling coins in the coat pockets of hidden agendas and lusty architects.”
Hero: “Well if it isn’t rebirth, then what is it?”
Pluto: “If we keep talking like this you won’t want to leave. So now it’s time for you to go.”