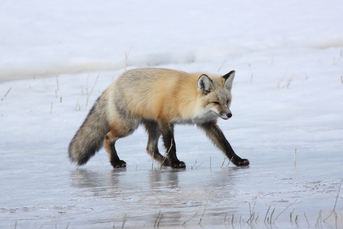 The last quarter Moon is in Gemini today, applying to square Jupiter and Neptune while also making a trine to Mercury before squaring the Sun by this evening.

A day where both of the lights are pointing us toward Mercury. Meanwhile Mercury is in an applying sextile to stationing Venus in Leo (about to turn direct over the weekend).

Translation: Something is being summarized, finalized, integrated, revised, or finishing touches are being added to a process of some kind. We’re making sure we’ve said everything that needs to be said, put everything in its right place, leveled or balanced the ledgers or the look of something, agreed or negotiated our way to the appropriate resolution, or even committed ourselves to the correct course of action after needing to make constant or small adjustments. Communication and technology issues might be at the forefront as Mercury prepares to go retrograde again later this month, and in the meantime Mercury is about to communicate something powerful, romantic, proud, confident, and beautiful. A statement or summary expressed in art or affection might be coming soon, or even a declaration of confidence and belief in something learned or gained over the past several months.

As Venus stations to turn direct, strength is returning to Venus governed matters..whether that’s health, romance, personal confidence or pride…a sense of relief and transformed self esteem might be on its way after the long summer retrograde. If a transformation of lifestyle, finances, appearance, or aesthetic has been under way then expect to see the changes begin to integrate and become natural over the next month or so.

Also watch for an increasing awareness of how we speak or communicate with each other. The need for greater diplomacy, tact, kindness, sensitivity, poise, subtlety, and sophistication intellectually will be increasing during our upcoming retrograde period.

Remember that a lesson understood is not necessarily a lesson learned. A lesson learned takes time and repeated attempts at the implementation of our understanding, especially as we practice what we’ve learned in our relationships.

Prayer: While finishing, remember to move mindfully…the young fox who has not acquired caution may get his tail wet just before he finishes crossing over the river (I Ching #64)