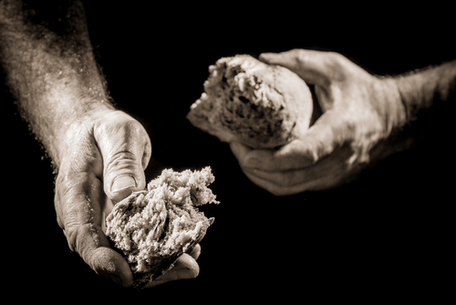 Venus, Jupiter, and Mercury are all close together in the sign of Virgo, and meanwhile Mars is exactly conjunct Saturn in the next 24 hours.

Here’s what to watch for with these two configurations:

* Discipline, obedience, duty, respect, and honoring your personal code or ethics leads to success, confirmation, support, greater clarity or efficiency, and victory (Mars/Saturn with a dominating square from Venus, Jupiter, and Mercury)

* An important turning point, a relieving transition or a return close at hand (5 planets closely configured in mutable signs right before eclipse season and the Fall Equinox)

* Coming to resolutions, final decisions, payoffs, and as a result turning over a new leaf or firming up a new way of proceeding after eliminating or finishing something (Mars/Saturn with a dominating square from Venus/Jupiter/Mercury all in mutable signs, before eclipse season and the Fall Equinox)

As we prepare ourselves for eclipse season and the turning point of the Equinox, many details are sorting themselves out, and many small tasks are being completed. There is a tangible sense of relief and positive change that we can feel coming, but we may also sense the challenges, grief, or fear of making this transition in the correct spirit. We may have to reap a little of what we’ve sown first, or we may have to remain patient for just a little longer before the weight we’ve been carrying truly starts to lift or dissolve.

Meanwhile, this morning I was reminded of a verse in the New Testament that, to me, speaks to this astrological moment. In the first book of John, John writes, “Everyone who sins breaks the law; in fact, sin is lawlessness. But you know that he appeared so that he might take away our sins. And in him is no sin. No one who lives in him keeps on sinning. No one who continues to sin has either seen him or known him.”

If we study this passage carefully, John’s teaching is actually very subtle. As in numerous other passages in the New Testament, sin is intimately related to the concept of the law. Although John equates sin with lawlessness, he also suggests that the Christ Consciousness eliminates sin all together. Consequently, without sin there is no law as we know it because the law was put into place specifically so that we might NOT sin. A law that is impossible to break because there is no sin isn’t really a law, in other words, or at the very least it becomes a law whose living reality is no longer a command “against” something.

What does law without sin look like? It looks like actions rooted in a goodness no longer based in its opposition to badness. It is goodness without qualification, expectation, or command. It is child-like and innocent but firm and powerful at once.
This passage speaks to me this morning as Mars is perfecting its conjunction to Saturn because I think so frequently we start off a transit like this trying to change ourselves, trying to heal or grow by correcting faults and flaws. We establish laws for ourselves or we have to work through all kinds of hard circumstances because we’ve been lawless in some area of our lives. But then what happens if we follow these rules for a long enough period of time? In fact, the “law and order” fades away, and we are neither lawless nor bound to our virtues by the commands of the law. The law breaks itself in half, like a loaf of bread being broken and shared in communion between two friends, and the stone is rolled away from the tomb…

The astrology right now reflects the possibility of a transition like this…as Mars and Saturn perfect they are overwhelmed by Venus and Jupiter moving through the sign of the Virgin. Law that has led to corrections may now break itself in half as something lasting is accomplished…the challenge is to allow for this transition and learn how to persist in goodness without the need to be bound up by the strong man…who is a good enforcer but not a good master.
​
Prayer: Help us to break bread with the strong man.