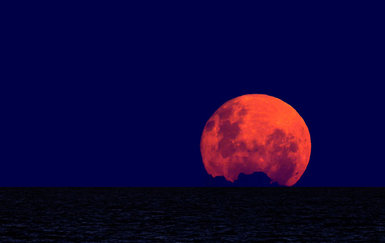 The Moon is in Aries today, applying gradually to a trine with Venus and square with Mars by late tonight, after it moves into Taurus. Meanwhile, Venus has just entered Capricorn and Jupiter is moving closer to a square with Pluto and an opposition with Uranus.

* The waxing moon in Mars’ sign points toward the fiery, intensification of things as we head toward the full Moon.
* Mercury is moving toward its first appearance as the evening star. We are likely to see the emergence of information, gossip, and news that has been invisible or hidden from the public in the coming week or two.
* We are also likely to see the strengthening of certain political ideas or popular media images related to the protesting of the election results, as well as announcements and important messages being made in an attempt to address the deep agitation people are feeling (Mercury becoming visible in the evening sky).
* Mercury heading toward the Jupiter/Saturn sextile also implies that powerful messages, firm beliefs, and diplomatic tactics will be steadily intensifying in the weeks ahead.
* Venus’ move into Capricorn means that Venus is also gradually applying to a conjunction with Pluto and square with Uranus. Watch as subjects like women, lgbt rights, and other sacred feminine subjects step into the spotlight in the month ahead.
* Venus’ entrance into Capricorn also brings Venus into a square with Jupiter, who is in Venus’ sign of Libra. Watch for the expanding role of women in leadership positions.

​The upcoming Jupiter/Pluto square and subsequent Jupiter/Uranus opposition is likely to bring a wave of important and expansive political and cultural revolution and innovation. Jupiter and Uranus oppositions tend to amplify and at times exaggerate the Promethean impulse to bring light, heat, clarity, and deliverance from oppressive conditions, from ignorance or limitations.

Prayer: Make our virtues strong and our strength virtuous.