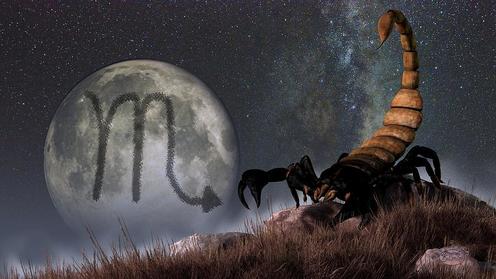 Jupiter is completing its opposition to Uranus, and will soon enter Scorpio.

Here’s an interesting preview of what you might expect from a year of Jupiter in the sign of the Scorpion:

* Jupiter entering a feminine, water sign means we may also see the empowerment of women in the collective, the raging or intensification of mother nature, or the general need to defend or protect against threats to nature or women.

* Growth or expansion relative to our understanding of nature, medicine, etc.

* Jupiter entering the sign of Mars is also about the rise to power of militaristic, pioneering, protecting, or even dictatorial or anti-dictatorial themes. The growth and expansion of bullies, warriors, dictators, guardians, protectors, etc.

During Jupiter in Scorpio…

* The trial of Saddam Hussein began.
* Angela Merkel was elected as the first female Chancellor of Germany.
* The UN climate change conference was held in Montreal.
* An incredibly large mudslide in the Philippines occurred.
* Nasa found liquid on a Moon of Saturn.
* HIV was reportedly cured for the first time.
* The first female African head of state was elected.
* The first face transplant was performed (remember, Mars rules surgery)
* The first space mission to Pluto is launched.
* Nasa’s “Mars Reconnaissance Orbiter” enters orbit around Mars.
* The UN establishes a UN Human rights council.
* Ahmadinejad confirms that Iran has produced uranium.
* The Human Genome Project publishes the last chromosome sequence.
* A 6.4 earthquake rocks Java and leaves thousands dead.
* Pluto is demoted to a dwarf planet.
* Nort Korea claims to have conducted its first nuclear test.

Every time a slower moving planet enters a new sign it’s good practice to look back at former passages of the planet through the same sign. Although I’ve listed a number of events that stood out to me as particularly fitting for Jupiter in the Mars ruled, feminine water sign of Scorpio, you may also find that looking at the events in your personal life during 2005 to 2006 is helpful.
We’ll take more time to explore this transit in the week ahead!
​
Prayer: Prepare our hearts for a new season of growth and expansion, led by the fierceness of the feminine.