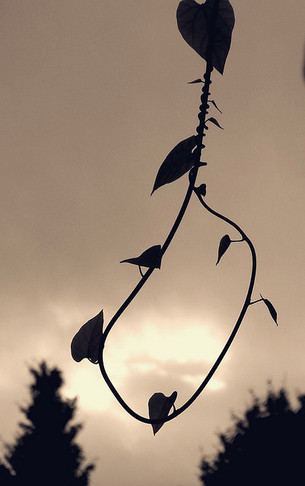 The Moon is in Taurus today, applying to trine Pluto in Capricorn and then square Jupiter in Leo by this evening. Meanwhile Jupiter and Uranus are approaching an exact trine with each other as Uranus simultaneously approaches its last square with Pluto.

Let’s look at the Uranus/Jupiter trine in depth today.

Jupiter is currently in the second decan of Leo, which is Jupiter ruled, and Uranus is in the second decan of Aries, which is sun ruled. The combination points toward the creative development of the ego through rapid, sudden, and unexpected breakthroughs or surprising opportunities. The call back after an audition, the surprising promotion, or the explosion of a light bulb in your head that awakens just the right solution to the problem that’s been nagging you.

Some people say that Jupiter is about “luck,” but others say that luck is nothing more than opportunity’s chance meeting with preparation. Preparation definitely seems to help with this transit, which seems to specifically benefit hard working creative people who are waiting for a breakthrough. At the same time, this transit gets a lot more complicated when we look at Uranus’ simultaneous square to Pluto, which brings in one of luck’s older sisters, necessity (or fate).
In one Greek creation myth necessity, called Ananke, is the first force of creation, along with Nous (reason/intelligibility/order), and in others she is paired with Chronos/Saturn (time/space/order). The idea of necessity is its own necessity. Jung once famously said, “You meet your destiny on the road you take to avoid it.” He also said, “fate is doing gladly that which I know I must.” Necessity is the force within anything whose compulsions are random, chaotic, meaningless, unpredictable, swerving, deviant, unintelligible, spontaneous, ambiguous, and deeply resistant to interpretation. In fact, Ananke was thought of by many Greeks (I recently learned) as a goddess who wouldn’t take offerings and was nearly impossible to persuade or petition.

Pluto has a close relationship to Ananke, as well as all her daughters (the fates), because Pluto is also closely linked to the primordial chaos and compulsions of the soul. Much as we would like to understand the desires of the soul or the motivating images of the soul in our lives, Pluto is always challenging us to give ourselves completely to the necessity of the compulsion itself. The compulsion is its own reason. The appetite for any kind of experience we wish to have in life, though sometimes rationally explainable or capable of being interpreted causally, is also meaningless beyond the image of the desire itself.

For example: fame. We’re so used to spiritualizing the desire for fame, reducing it to the compulsions of a nasty little ego, or only choosing to validate as “truly” famous those whose fame came as a result of honest work, where the first desire was for the work itself. Then we say, “that person deserved it.” You see there is something deeply irrational about the desire for fame, and so we rationalize our way around it with talk about the ego or talk about true artistry or true craftsmanship or humble success. From Pluto’s point of view we are often not living authentically specifically because we are afraid of the compulsion, the chaotic necessity, the meaningless but unavoidable drive of our desires themselves.

This gets down to an even more basic problem: we tend to separate images and desires or images and instincts (this was a favorite topic of both Jung and his protege James Hillman). So we say, “the desire you have to be famous is JUST desire.” We build evidence for this claim by pointing to examples of people who become famous only to still desire “more.” We thus say, “you see, desire is the real problem…it’s not ever about ‘what’ you desire, it’s just a basic problem with letting the various illusions of desire overcome you.”

But let’s toss this Cartesian idea out for a moment. Let’s consider it nothing more than the frustrations of the apostle Paul, stranded at sea after yet another shipwreck on his fire and brimstone book tour. Instead lets imagine that desires and images are inseparable. Let’s imagine that within every image is its own instinctual necessity. Within each image, thus, there is something like a deeply irrational, unexplainable animal body. Within every desire there is an image, and the compulsions of this image are true to themselves. They cannot be easily persuaded away from their nature (like Ananke) because they are each their own fate.

Coming back to our image of fame now, let’s try to adjust our thinking. Let’s consider that the obsession with fame isn’t the result of desire run amok, and the desire for fame can’t be reduced to an unspiritualized ego. Rather, the various desires for fame, the various types of fame, are inherent to the various images of fame themselves. Take for example Jupiter in the sign of the Lion, in the second decan of the lion, Jupiter’s most lion-like face. Here we have an image of noble power, of courage and determination rising like the sun, marching through the city like a Lion with eagle’s wings. This image of power, lightness, flight, courage, nobility, pride, royalty, and success is its own instinct. These images are their own unique desires. We can’t separate these images from “pure desire” without giving pure desire to some other new god or face, some other characteristics: the clarified face of a stone-light Buddha, or the quiet power of a mountain dwelling hermit. Whatever our images of clarified desire, they will still be wed to images and images to the intensely irrational necessity of life itself. Images and embodied instinct, eternally inseparable.

With this in mind, the question shifts from one of purified desires to one of desires purifying. This happens when we recognize, pay homage to, the irrationality and “already eternalness” of whatever desires we hold, however irrational, immoral, or unevolved they might appear to us. Thus our desire for something like fame becomes chastened, or purified, not away from the “object” of desire but INTO the image of itself. Given the example of fame, we might continue to pursue fame all the while recognizing that the fruits of that pursuit are already contained within the pursuit itself, along with its frustrations, its over the top ego longings, it triumphant successes and subsequent sunsets. By recognizing that the desires of our images hold entire landscapes, necessitate entire worlds, we demoralize the real problem we tend to have with images…which is the idea that they can deliver us to eternity when the experiences of any desires, any images, are already eternal.

Translating all of this into a few simple questions, we might ask ourselves:

* What are you most motivated by, truly, without shame, guilt, or judgment?

* Are you living into the deepest irrationality of your desires?

* Are you fooling yourself into thinking your desires are about something other than themselves?

* Can you enjoy your desires without expectations of what particular fruits they will yield?

* Can you entertain that the nature of your desires implicate a variety of potential outcomes, and can you find the poetic or romantic beauty in any of those outcomes..can you see the variety of ways in which your myth might find expression?

* Can you spot a few contradictory myths in your life? Are you giving yourself the space to live by a few at once, ripe with contradiction, or are you trying to create the impossible math equation to bring them all together? Is there a need to prioritize or focus a little bit more on one image or desire rather than another?

* Is it time to admit that your deepest desires aren’t super spiritual, moral, religious, or sacred looking? Is it possible you’ve been barring yourself from the temple of the god who wants you most?

Rapid success, breakthroughs and opportunities that provoke an encounter or eruption of the desires we tend to repress the most, this is what’s on the table right now. Again, “Fate is doing gladly that which I know I must.” On the other hand, eruptions and sudden or shocking events that help clarify our motivations and desires also remind us that: “You meet your destiny on the road you take to avoid it.”

Prayer: no such thing as pure desires without unique faces, no need to explain or rationalize desires, no expectation for desires to free us from desires…already eternal, we move into the dark bodies of necessity…it’s our lucky day


Image by courtesy of tanakawho, at creative commons image licensing