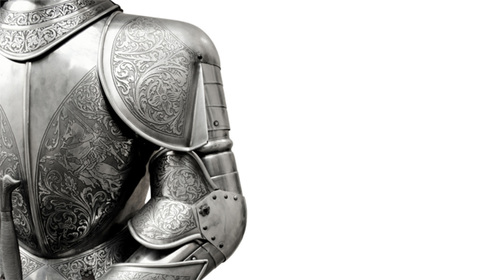 This morning as I was in my prayer and meditation time, which this year involves a revisiting of various biblical texts, I was thinking about the upcoming Mars’ retrograde and I was inspired to revisit a passage from the very end of Paul’s letter to the Ephesians. When I was seventeen years old I had the chance to actually visit Ephesus, which is located in Turkey. Revisiting Paul’s letter this morning I was taken back to the gates of the beautiful library in the heart of the city, and I was also reminded of the ruins of the Temple of Artemis, which was one of the seven wonders of the ancient world.

Throughout the book of Ephesians, Paul writes about the idea that a unity of believers on earth is something that simultaneously creates unity in the heavenly realms. At the very end of the book, Paul suggests that it’s not our problems with each other living at the source of our earthly wars, but that the sources of our conflicts come from conflicts between spiritual powers, or various heavenly forces battling it out through us. In a sense Paul suggests that we become the puppets of spiritual forces, or rivalries between gods, and the entire book of Ephesians is based on the idea that just as we come together as one common unity of believers, the heavenly realms follow suit. Through our commonality in spirit here on earth God ministers to the broken relationships between these heavenly powers in the heavenly places.

At the very end of the book, Paul writes this famous verse: “For our struggle is not against flesh and blood…but against the spiritual forces of evil in the heavenly realms.” Paul then goes on to describe the “armor of God,” which is a form of spiritual rather than physical armor.

I take from this passage one important and universal (non christian specific) idea for this upcoming Mars’ retrograde period in Sagittarius: when we fight and hurt each other because of our beliefs or philosophical or political convictions we can easily become the puppets of grudge matches between forces we don’t fully understand. Knowing this, we can arm ourselves (Mars) with a different kind of armor and weaponry, the fruits of the spirit: peace, patience, kindness, hope, truth, modesty, and compassion. We can pray for whoever we perceive as our enemies, and we can learn to see beyond the urgency of these “earthly” issues into their roots in heavenly places. As students of astrology we have the opportunity to do that as we witness the planets amidst our conflicts every single day. When our conflicts are mirrored by these heavenly symbols, we can either perpetuate the idea that the gods are up there battling it out, like a cosmic turf war, and we can participate in that war, or we can embrace the idea that the total interactions of the planets are always inviting us into a deeper experience of unity.

Imagine that….that by our mindfulness, by our standing in the spirit of unity and love each and every day, the gods also unite in heaven. The fact that some of this may actually rest upon our shoulders catapults us into a different kind of battle and inspires us to envision a different purpose for whatever will power we hold.

There will be more to say about this transit in the upcoming weeks, but this felt like a good place to start, since the Moon is sharing signs with Mars today.

​Prayer: May we see through our conflicts with each other, into their roots in the heavenly realms. And by this vision may we begin to fight for something entirely different.