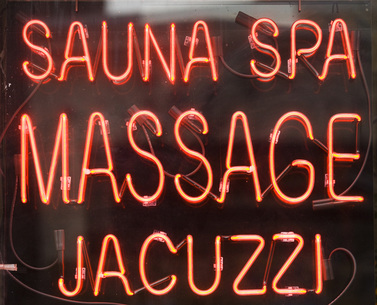 The Moon is in Leo today, just past aspects to Mercury and Saturn. The Moon will next move toward a sextile of the Sun by later tonight.

Meanwhile, Mars and Neptune are nearly exactly opposite. A story!

A few nights ago, in line with my post about stinky onion stew, I had a “woe is me” meltdown about moving and the stressors of the past month or two. I decided that I would go and get a massage because I was “due.” Not even realizing how Mars/Neptune my needy and demanding tantrum was, I walked out the door last night very excited to “get mine.” I went down the street to the local food coop and a salon next door, only to find they didn’t offer massage, only hair/nails and feet. I went back to my car feeling even sorrier for myself and decided to look for an Asian spa somewhere nearby. I used my phone search app and found a hole in the wall Asian spa called something like “The Lotus Spa” a few miles away.

When I got there I immediately realized it was potentially a shady place. It was sandwiched between a liquor store and a pawn shop in a dumpy strip mall. Outside the liquor store, a row of homeless looking, gristled old men sat in a row drinking 40’s, and several of them had Vietnam veteran hats on. Coming from New York and having launched my first astrology classroom from a small Asian Spa called, “The Pine Tree Spa” in Chelsea, I wasn’t too worried about it’s appearance. In fact, I usually prefer getting work done from just about anyone who doesn’t speak English and all the better if the cover of the book looks a little worn down. When I was in NYC I consistently got the best and most affordable work done from the Chinese therapists at Pine Tree, or the workers at the Turkish/Russian baths. These were not fancy looking places, nor were the therapists pretentious. In fact I sometimes felt like my physical body was somewhat disregarded…treated as lumps of meat rather than handled with Beverly Hills delicacy. I actually liked this and often explained it to my friends in New York, “They basically man handle you, and it’s surprisingly nice.”

Once I got into my room, the woman asked that I pay for my massage upfront. That was my second clue that something wasn’t right. I’ve never had to pay upfront before, but not wanting to be rude I said, “Oh. Okay. Here you go.” Then a pretty young woman in a red dress/skirt looking outfit (questionably provocative is how I would describe it) came in and told me to change any lay on the table. This was my second clue because rather than leave the room and let me get onto the table, she simply turned her head and looked the other way.

The next thing I knew she was on top of me as I lay on my stomach, face down, rather than standing over me. My heart started beating faster. “Oh shit,” I thought to myself. I moved and tried to signal by clearing my throat that I wasn’t comfortable. She caught the cue and sighed as if disgusted by me, and then she stood up and for a long period of time she walked on my back doing pressure point work while holding onto a ceiling bar above (if you’ve never had this done before it’s incredible and easily one of my favorite forms of massage). For the moment I figured I was in the clear, but then soon enough she returned to straddling me and then started working my legs while sitting on my butt in reverse and sort of starting to grind on me. I suddenly felt like I was in one of those hilarious and tragic scenes from a Seth Rogan movie. Married, unassuming, naive guy walks into sexy massage parlor called “Happy Endings” just expecting some deep tissue work.

I moved again to signal my discomfort and cleared my throat. Then I lifted my head and asked if she could please work on my neck and shoulders again instead. She sighed again as if in disgust and then literally slapped me on the back before starting on my back again.

She sighed again, even more disgusted. Then she said, “You go to the mall for massage next time.”

At this point her massage work alternated between something like furious and something like completely apathetic. Then next door I heard a man enter, it was the voice of one of the Vietnam vets I had encountered outside in front of the liquor store. I heard the woman tell him to go take a shower first. Then when he came back I heard him disrobe in front of her, and then I heard her giggle, and then he said, “That’s nice, but slower honey, slower.”

Thankfully my massage was over, but when I got up to get changed she came back into the room and said, “You know why you came here. You need some candy honey?”

I stood holding a towel in front of my privates and again Seth Rogan came to mind.

“Really, I just thought I was getting a massage,” I said. At this point I could hardly keep myself from cracking up. Then she looked at me like she might try to stab me. Total fury mixed with odd seduction and she said, “My tip?”

So, already feeling dirty, used, duped, deceived, embarrassed, ashamed, and kind of like I just got molested, I said, “Oh yeah, of course, I apologize.” Then I tipped her like an ass hat and she literally slammed the door on me on my way out.

When I exited, a few of the other Vietnam Vets were still out front and they nodded at me as if to say, “Good work.”

It was only after I got in the car that I thought about Mars/Neptune. The warrior, the seduction, the sexually transmitted disease, the rape and burn, the victim and redeemer, the prostitute and savior, the innocent and unassuming and the deception of our own assumptions. I thought about the exotic “east” and the simple American hero motif. I thought about what really conquers what, and what is given and received between cultures and people when we fight or make love or trade with one another. I thought of the transmigration of eastern mysticism and its erotic appeal…I thought of the “real life” of eastern cultural traditions of all kinds and the mundane life of foreign religions compared to our glamorization of them. I thought about how I had made myself a victim…I had prepared my own stinky onion stew and then thrown myself into a dingy sex parlor unaware of what I was really doing or intending for myself.

I thought about all of this because and then finally found myself cracking up with laugther. I was trying to imagine explaining what had happened to my wife and had finally lost it. On my way out the door my wife had literally said, “Remember I’m your happy ending.” Was it prophetic, or was it a hex she put on me in a moment of pregnant fury against my needy departure? We joked about it when I got home, and I said, “I love hole in the wall massage places because you always get the best service and it’s more affordable. But this was more like put your private parts through the hole in the wall kind of place. I seriously kept imagining Seth Rogan or some hapless moronic husband archetype, running out of the parlor in nothing but my underpants.”

Then of course we discussed things in more complex and sensitive ways, and then I had a hot shower…

My wife said, “It was so Minnesotan of you to not want to be rude or make a scene when someone was trying to basically grab your junk.” And I said, “I know it’s going to sound strange, but the walls were kind of thin and I didn’t want to embarrass or humiliate anyone in there, including the woman working on my back. That and I wanted my damn massage.”

So…a word to the wise…be careful of what you think you need because the tone of voice you use, the way you spin it, and the quality of your “need” may come back to spank you. Also, be mindful of the tendency to give too much of yourself, to be taken advantage of or to take advantage of others…be careful of the assumptions you make…they are sometimes hardly as innocent as they appear.

Prayer: Remind us how seductive our weaknesses can be to ourselves and others… how suddenly powerful and powerless can change places, how careful we have to be with our energy, out intentions, and our actions