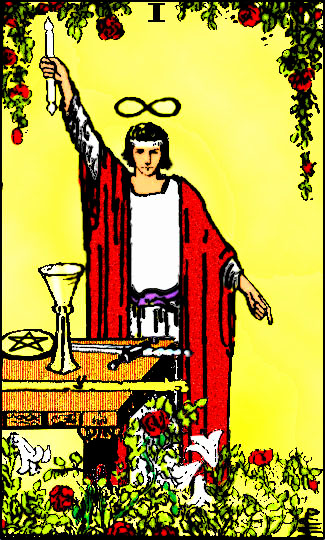 The Moon is in Taurus today, a favorite sign for the light of the night, and in the meantime the Sun, Mercury, and Saturn are all coming together in Sagittarius in a square to Neptune.

Last night I was woken up by a strange telephone call. On the other end of the line was an intoxicated man saying he was returning my call. It was disturbing so I said “you have the wrong number,” and I hung up. Then he called back, so I answered it, and he said, “Your number is on a craigslist ad, just so you know. I just figured you should be warned about it if you don’t want sex.”

For about thirty minutes to an hour after this call I lay in bed unable to get to sleep because I was laying there wondering how my number could have gotten on Craigslist, or if the intoxicated man was being honest with me, or what exactly was happening. I wondered if I should change my phone number, or if I should remove it from my website (even though it’s primarily a business phone). What struck me was the fact that no matter which direction I went with my worries, I couldn’t tell what had “really” happened for that man to have my number. The more I thought about it the less I could sleep. Until my mind was sort of ridiculously projecting all kinds of fantasies about people who might have been angry with me, out to get me, etc. Then out of nowhere I remembered a line from “The Magicians Nephew” that I had been reading to baby Virginia before bed time.

The book is thought to have been modeled by CS Lewis on the planet Mercury (see the book Planet Narnia for an in depth look at the astrological symbolism implanted throughout all seven of Lewis’ books), and at one point in the early goings of the adventure, the Magician Uncle Andrew says, “You don’t understand. I am the great scholar, the magician, the adept, who is doing the experiment. Of course I need subjects to do it on. Bless my soul, you’ll be telling me next that I ought to have asked the guinea-pigs’ permission before I used them! No great wisdom can be reached without sacrifice. But the idea of my going myself is ridiculous. It’s like asking a general to fight as a common soldier. Supposing I got killed, what would become of my life’s work.”

Then when the children are learning more about Narnia it dawns on them that Uncle Andrew, the magician, didn’t really know how his own magical technology worked. Lewis writes, “Uncle Andrew, you see, was working with things he did not really understand; most magicians are.”

As soon as these lines came to me as I lay there in bed wondering if I needed to perform some kind of magic ceremony to remedy my phone number being used inappropriately, I started laughing. My wife turned over and looked at me curiously, and then I couldn’t help but laugh a little more because I realized I probably looked and sounded a little like a mad scientist…staring up at the ceiling like I had just discovered a great truth of physics in my head. “Sorry,” I said. “I just realized Mercury is square Neptune.” “What are you talking about?” she asked, a dazed look on her face. “Nothing,” I said. “I’ll tell you tomorrow.”

Even astrologers, in fact especially astrologers, don’t know what they’re talking about. We frequently don’t really know why we use the various techniques or methods that we do, where they come from exactly, why they work, or why exactly we’re using them. For example, at the root of many Hellenistic texts are references to a lineage of teachings that are said to have come from Hermes. Is that Hermes the god of hermeticism and the sacred sciences? Is that a great man/author named after Hermes? Does this mean astrology was divinely revealed by the god Hermes? We don’t know. And if we don’t know that we don’t know then we often treat ourselves as superior to our clients. We become like Uncle Andrew insofar as we see people as the subjects of our personally expanding hermetic wisdom or knowledge, rather than people who need healing insights or practical guidance.

In a larger sense, the point holds true for most people involved in metaphysics and the new age generally. The extent to which we pretend to understand or hold the answers, especially when we fancy ourselves as more knowledgeable than others about the mysteries of the universe, the more likely we are to treat people like test subjects or guinea pigs rather than fellow human beings. The truth is that we will often be confounded by the very things which we claim to “know” more than others about. Last night I was completely bamboozled by the Mercury/Neptune symbolism. Sometimes the things we think we know the most about are the ones most likely to have the wool pulled over our eyes.

When I told my wife about the phone call this morning she said, “probably just a fluke. I’d let it go.” Yes. That would have been wiser than laying in bed paranoid for an hour, trying to figure out “why” it had happened.
​
And yet…it would seem that my horoscope today is the odd result of my tinkering or being tinkered with by Hermes!
So all of this being said, see if you can spot the Mercury/Neptune connection in your own life right now. Here’s a few things to watch for:

* Deception, emotionality, disillusionment
* Technology snafus
* Oversimplifications, sales and marketing hypnotism
* Things not as they seem or appear
* Fooling around with things we don’t understand
* Pretending something is rational, clear, and true when we are honestly avoiding a plethora of other details that might muddy the water
* Disturbing dreams or messages in dreams
* Odd messages, decoding, what’s real and what isn’t

Prayer: Help us to remember, “Uncle Andrew was working with things he didn’t really understand. Most magicians are.”