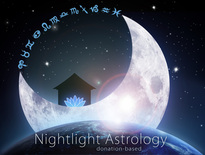 The Moon in Virgo is opposing Mars in Pisces but will be void of course again shortly…day two of organizing, relaxing, cleansing, reading, and revitalizing. Here in the mountains of WV where I proposed to my wife a little over a year ago.

My wife’s office computer at the studio has a bunch of bugs…yesterday I gave her this big puffed up lecture about keeping her computer clean to avoid viruses (which is like throwing an egg at Mercury’s head and thinking he won’t throw one back), and then this morning my computer wouldn’t start properly, and I had to go through nearly two hours of tech support on the telephone to get a virus removed from MY computer. As I sat down to resolve the issue I said out loud, “Mercury I hope you have a sense of humor!” I was worried the computer was broken (didn’t imagine a virus was even possible). When the tech guy found it was a virus and removed it for me, my wife and I both started laughing and then mocking/replaying my condescending speech about being clean with her computer. Then I realized we were really laughing hard, and I said, “I guess Mercury answered that question…he definitely has a sense of humor!”

Add to this, the tech guy says, “This is actually a major bug that’s going around effecting many Dell, HP, Lenovo, users all over the world.” Then my wife says, “Remember your dream last night?”

In my dream I had woken up in a random bedroom in some big city, looking up at the ceiling where small black bugs were appearing out of nowhere and morphing into larger and scarier looking robotic/multi-colored cyborg looking bugs. Then I left the house and the bugs were everywhere. Then a sand storm came, and then a tsunami and flooding. It was a really epic dream…biblical feeling. So my wife says, “the bugs are kind of like the virus,” and I said, “I’m taking the day away from my computer now.”

Just had to share this before I go off the grid, of course!