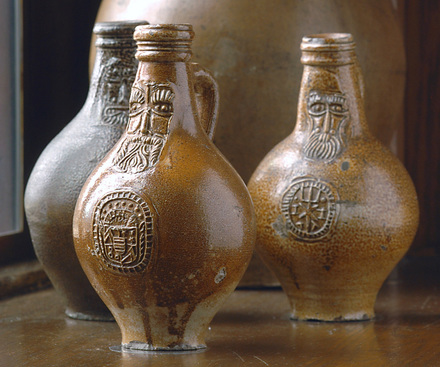 The waxing Moon is in Scorpio today.

This morning I spent time meditating on the mutable grand cross and an image came to mind that I ended up exploring in depth.

The image that came to mind was of sediment lying at the bottom of a jar. This image led me to a famous passage in the Old Testament book of Jeremiah, where one of the descendant kingdoms of Sodom and Gomorrah, Moab, is compared to wine left on its dregs since youth. The writer says that “Moab has been at rest from youth, like wine let on its dregs, not poured from one jar to another–she has not gone into exile. So she tastes as she did, and her aroma is unchanged.”

Then the writer goes on to prophesy that Moab will be poured out and that wine pourers are coming.

This passage gets right to the heart of mutability. The mutable signs fall between fixed and cardinal signs. They are defined both by the presence of fixity as well as the presence of cardinality. Mutable signs as indicators of temporal events include both the monotony or stability of various elements in our lives, as well as cathartic or pivotal events that serve to catalyze endings to those things, as well as new beginnings.

Returning to the wine imagery, we could say that right now we are like the containers of wine that have rested on their dregs since youth (or for a very long time). However, a time has come where events are conspiring to shake us up and pour us from one jar into another. This will change our taste and aroma, which may complexify and deepen our essential nature, but as the passage implies, it may also involve the pain of exile and loss or the inner conflict of being shaken up or purged.
It’s interesting that the image of a kingdom resting on its dregs since youth (its aroma/taste unchanged) is both positive and potentially negative at once. It is both an image of the purity or consistency of something as well as its naivete and the potential corruption lying at its base. It’s perhaps not surprising that a Jewish prophet would think of exile as something akin to keeping wine fresh and diverse by pouring it from one jar to another, but in a broader and non-historical sense, the metaphor is still very useful.

In conclusion, the image of long resting sediment being kicked up and the liquid of one jar being poured into another, comes to mind right now. I think its safe to say that the mutable grand cross points to just such a time of diversification and complexification as well as exile, conflict, and opposition. For me, these simple image and sacred text meditations are my way of participating in the process rather than simply reacting or feeling threatened by it.
​
Prayer: Allow us to see the angels, gently pouring us from one jar into another.